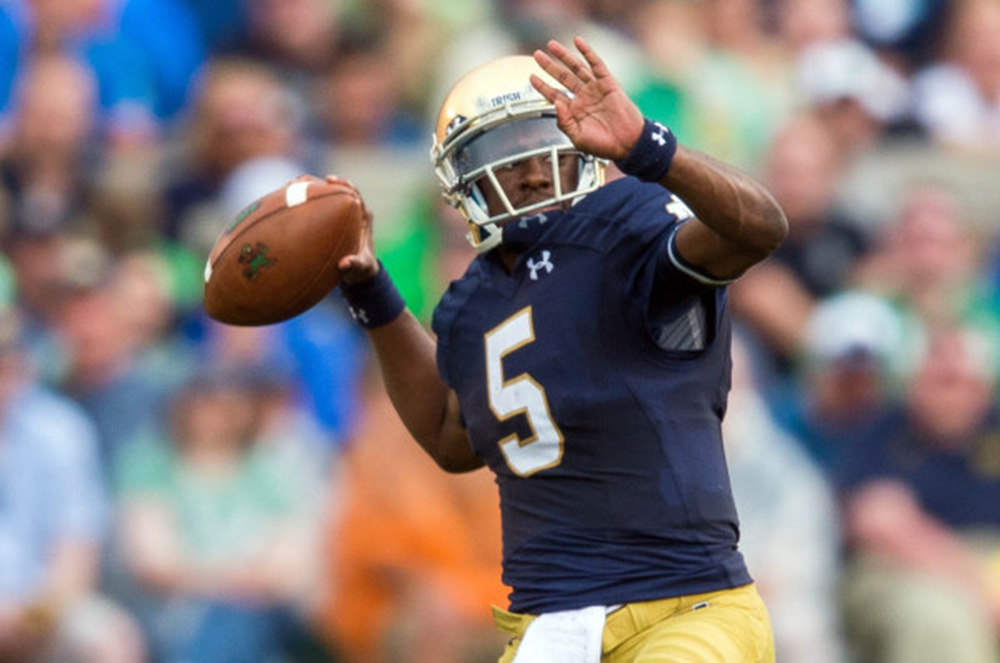 Everett Golson has helped Notre Dame to a perfect 6-0 start by being responsible for 122 points, a figure that ranks sixth nationally. He is 12th in the country in passing touchdowns (16) and also has four scores and 209 yards on the ground. In all, the senior has completed 62.5 percent of his passes for 1,683 yards.

Jameis Winston is looking to become the first back-to-back Davey O’Brien Award winner since Oklahoma’s Jason White (2003-04). The sophomore has thrown for 1,605 yards (321.0 per game) and 11 touchdowns in five starts this year. He ranks among the top 15 nationally in several categories, including total offense (13th).

Oklahoma state junior Daxx Garman has 10 touchdown passes and a rushing score in just five games after taking over for an injured J.W. Walsh in game two. The Cowboys (5-1) are undefeated and averaging 38.4 points in five contests with Garman under center. His 272.2 passing yards per game rank 24th nationally.

TCU’s Trevone Boykin ranks seventh nationally in total offense at 353.6 yards per game. The junior has passed for 11 touchdowns and run for three, while leading the 4-1 Horned Frogs in both passing yards (1,463) and rushing yards (305). He was an honorable mention Davey O’Brien Quarterback of the Week on Oct. 7.

Fans are invited to cast their vote for the nation’s best college quarterback as often as once daily at www.VoteOBrien.org. The Fan Vote counts as five percent during each round of the voting process, and is combined with the results from the Davey O’Brien National Selection Committee, which is comprised of journalists, broadcasters, commentators and former winners. The 2014 Davey O’Brien winner will be announced on The Home Depot College Football Awards airing Dec. 11 on ESPN, and will be honored at the 38th Annual Davey O’Brien Awards Dinner on Feb. 16, 2015, in Fort Worth.