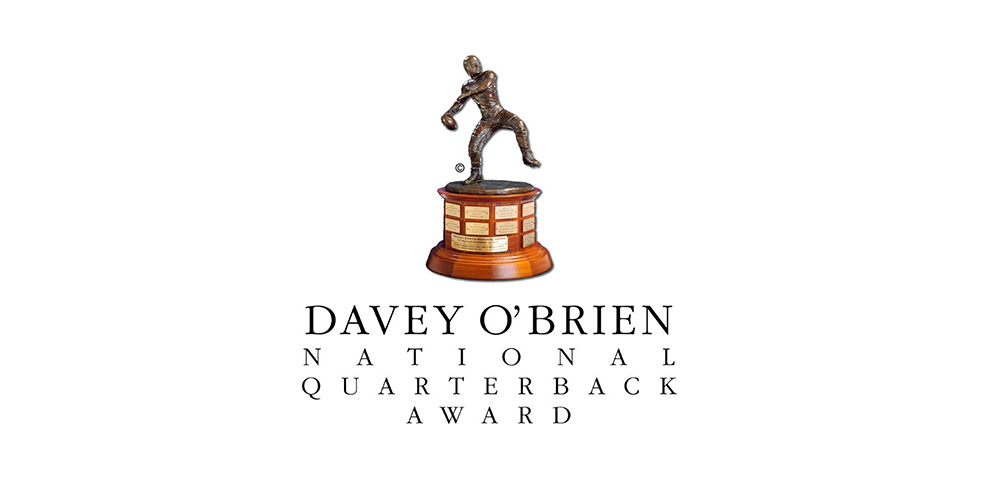 Nine seniors, five juniors among 16 up for most prestigious quarterback honor

Four players–Hundley, Mariota, Petty and Winston–are repeat semifinalists from a year ago, with Winston ultimately being named the 2013 Davey O’Brien Award winner. Mariota, who also was named in 2012, is the lone three-time semifinalist.

The group of 2014 semifinalists is heavy on upperclassmen, as it features nine seniors, five juniors, one sophomore and one freshman. The 16 semifinalists’ teams own a combined record of 107-18 (.856) this season.

Schools from eight conference affiliations (AAC, ACC, Big Ten, Big 12, C-USA, Independents, Pac-12 and SEC) make up the list, with the Big 12 (4) and SEC (4) joining to compose half of the field.

After clearing the first round totals, the Fan Vote at VoteOBrien.org reopens today and will remain open until noon (CT) on Sunday, Nov. 23, for the second round of balloting. Fans are invited to cast their vote for the nation’s best college quarterback as often as once daily per email address.

The Davey O’Brien Foundation and the Selection Committee will release the names of the three finalists on Monday, Nov. 24. The 2014 Davey O’Brien winner will be announced live on The Home Depot College Football Awards on Thursday, Dec. 11.

Lone freshman among the semifinalists; Fourth in the nation in passing efficiency (170.0) and points responsible for (174); Eighth in NCAA in touchdown passes (23)

Davey O’Brien Quarterback of the Week on Oct. 28; Fourth nationally in total offense (361.9) and eighth in points responsible for (156); Seven touchdown passes vs. Texas Tech

All-time NCAA record holder for consecutive games with a touchdown pass (40); Eighth in the nation in passing efficiency (160.1) and 10th in points responsible for (150)

Davey O’Brien Quarterback of the Week on Oct. 21; Third in points responsible for (176) and 11th in touchdown passes (22); First Notre Dame player to throw and rush for three TDs in a game

Davey O’Brien Quarterback of the Week on Sept. 9; First nationally in points responsible for (204) and passing efficiency (187.2); 2012 and 2013 Davey O’Brien Award semifinalist