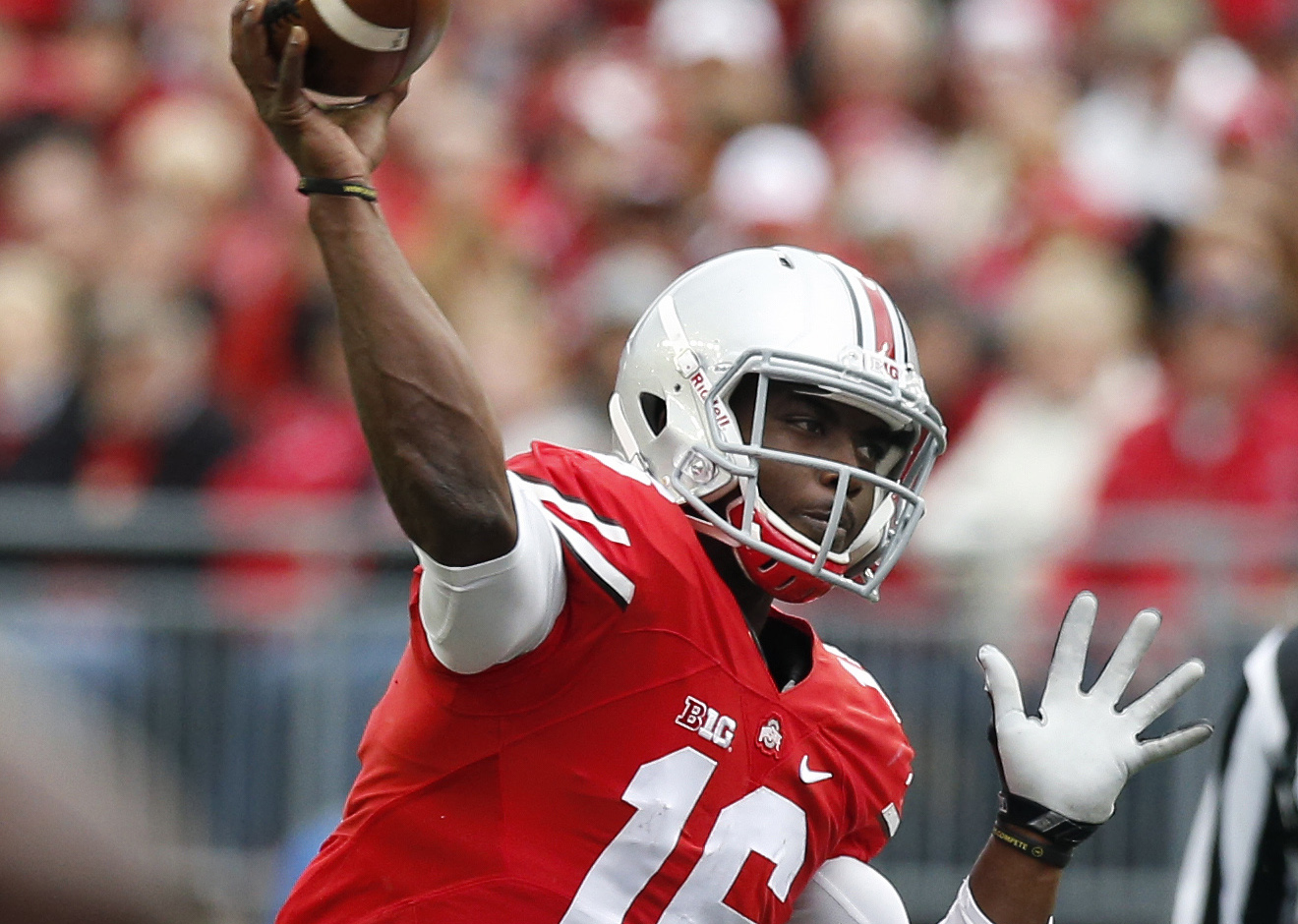 Pac-12 and Big 10 contests in the spotlight

USC’s Cody Kessler is coming off a school-record 7-touchdown performance that earned him honorable mention Davey O’Brien Quarterback of the Week accolades. The junior ranks fifth nationally in completion percentage (70.2), 10th in passing efficiency (162.1), 13th in passing touchdowns (18) and 13th in points responsible for (120).

Utah junior Travis Wilson returns to the starting lineup for the 5-1 Utes. The 6-foot-7 quarterback has thrown seven touchdowns passes and run for one score this season. He tossed five touchdown passes in the victory over Fresno State, and helped the team top the 50-point mark in each of the season’s first two games.

J.T. Barrett has burst onto the national scene by ranking third in the nation in points responsible for (144), third in passing efficiency (182.1), sixth in passing touchdowns (20) and 10th in total offense (333.0). The freshman has thrown for 1,615 yards and 20 touchdowns and also has 383 yards rushing and four scores.

Christian Hackenberg appeared on the Davey O’Brien Award’s Watch List in the preseason after an impressive freshman campaign in 2013. The sophomore has completed nearly 60 percent of his passes for 1,637 yards and five touchdowns, while helping Penn State to a 4-2 record at the season’s midpoint.