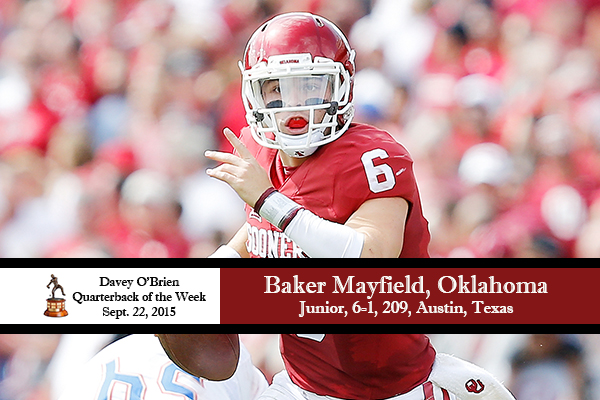 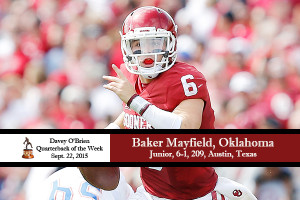 FORT WORTH, Texas (Sept. 22, 2015) – After being an honorable mention selection the first two weeks of the year, Oklahoma’s Baker Mayfield has been voted the Davey O’Brien Quarterback of the Week for week three, the Davey O’Brien Foundation has announced.

In a 52-38 win over Tulsa on Saturday, Mayfield accounted for a school-record 572 total yards (487 passing, 85 rushing). The native of Austin, Texas, was 32-for-38 passing en route to his career-high yardage total. He also rushed for a career-best 85 yards on 13 carries.

Mayfield, a junior, matched the Oklahoma single-game record with six touchdowns (four passing, two rushing). His 487 passing yards are the second most in a single game in the FBS this season.