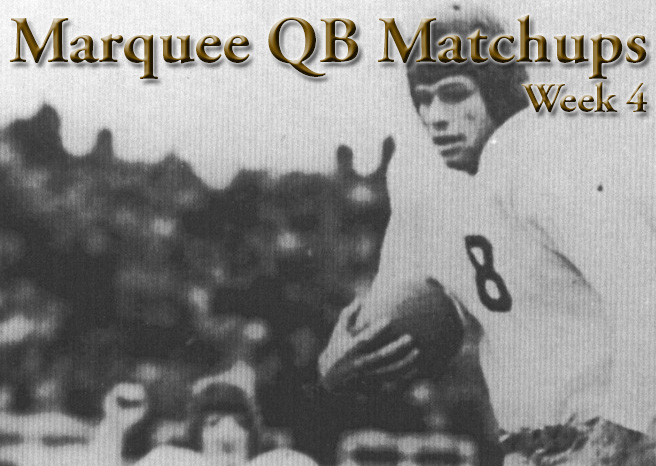 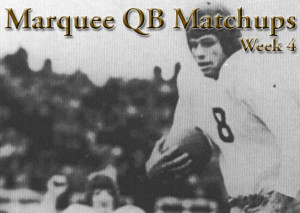 FORT WORTH, Texas (Sept. 25, 2015) – A Big 12 instate showdown and a Pac-12 top-25 clash have been selected as the Davey O’Brien National Quarterback Award’s Marquee Matchups for the fourth week of the college football season.

Trevone Boykin, the reigning Co-Big 12 Offensive Player of the Week, was an honorable mention Davey O’Brien Quarterback of the Week after accounting for 504 yards and six scores against SMU. He currently is listed among the nation’s top six in passing touchdowns (T2nd, 10), points responsible for (T4th, 72) and total offense (6th, 377.7).

Patrick Mahomes, already a two-time Big 12 Offensive Player of the Week in 2015, leads the 3-0 Red Raiders, who are averaging 54.3 points per game. The sophomore ranks tied for second nationally in points responsible for (78), fourth in total offense (386.0), sixth in passing touchdowns (9) and seventh in passing yards (1,029).

True freshman Josh Rosen makes an appearance on the marquee list for the second straight week. He was named the Davey O’Brien Quarterback of the Week following his collegiate debut in which he was 28 of 35 for 351 yards and three touchdowns. Rosen has guided the Bruins to a 3-0 start and a top-10 national ranking.

Sophomore watch list member Anu Solomon has thrown for 778 yards and 10 touchdowns with no interceptions during Arizona’s 3-0 start. His 10 touchdown passes rank tied for second nationally, while he is sixth in points responsible for (66). Last week, Arizona set new single-game school records for total offense (792 yards) and points (77).