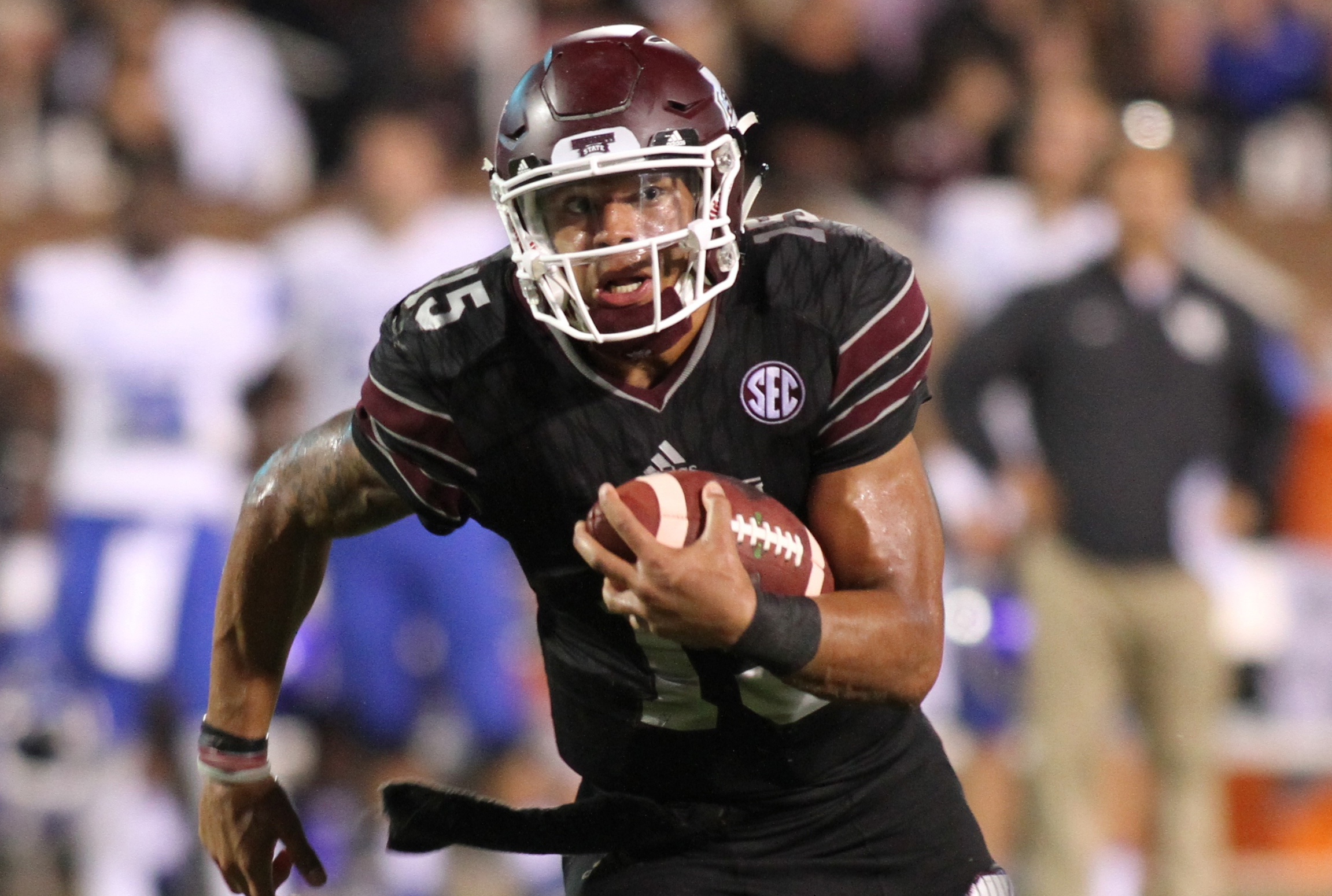 Mississippi State senior Dak Prescott took time Tuesday to talk with the Davey O’Brien Foundation. A finalist for the Davey O’Brien National Quarterback Award in 2014, he is now a three-time winner of the weekly honor during his standout career. The holder of 36 records at Mississippi State talked about his experience as a previous finalist, his time as a Bulldog and his legacy both on and off the field.

Q: You got to travel to Fort Worth last February when you were a finalist for the Davey O’Brien National Quarterback Award. What was that experience like for you?

A: “That was special. That experience was something I looked forward to, and I had a great time. It was everything I envisioned going into it. Being a quarterback, when you’re younger, the Davey O’Brien Award is something you want to win. That’s a big-time trophy. It exemplifies not just being a play-maker but being a quarterback who has knowledge of the game and does all the things you have to do at the position.”

Q: Can you believe you are a fifth-year senior and your college career is coming to an end in a few months?

A: “It seems like it’s gone by fast. It’s just part of being in college. Everything goes by fast. Our schedules are so in tuned, that you really don’t think about what day it is. I lose track of time. It’s just exciting to play ball. It’s hard to believe it’s my last time here.”

Q: Coach Mullen photobombed you during your TV interview Saturday after the game. Does that symbolize the atmosphere within the Mississippi State program?

A: “We have a lot of fun. We work hard. We try to work harder than any other team, and be tougher than them all. But we have to have fun at the same time. When you get ready to play football, you can’t be too stressed or be worried about making the wrong plays and making mistakes. We just try to get better and have fun while we’re doing it.”

Q: Your offense has scored 40 points in three straight games. What is going right for the Bulldogs right now?

A: “We’ve picked it up lately. Guys are wanting to make plays, not looking around to see who’s going to make them. We’re just gelling together. The offensive line has done a great job. We’ve just got playmakers making plays right now.”

Q: You currently hold 36 Mississippi State records. Have you thought about what your legacy will be?

A: “That’s all something I’ll think about when I’m done playing and I’ll probably get pretty excited about. But really it’s the off the field stuff. I’m humbled by all the little kids that I can shake their hands and make them feel better. It makes me a better person every day. Football is just fun. I’m having fun, and if records get broken, they get broken.”

Q: What makes you want to be so involved in the community, especially with children?

A: “I just always think that if I was in their position, I would like somebody to take the time. It doesn’t take much time, and it doesn’t take much effort to do, but it means a lot to them. I love to be able to talk to kids and shake hands and take pictures with them.”