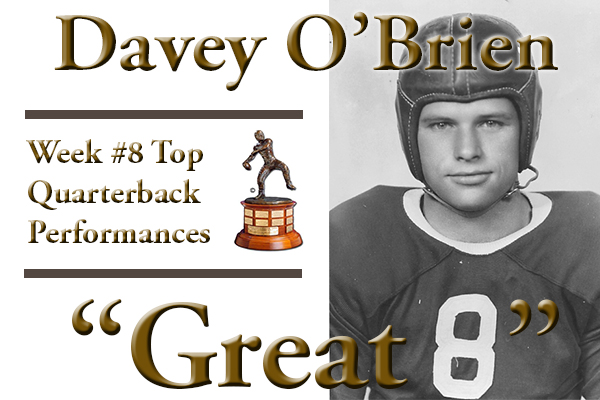 * Threw for a school-record 447 yards and four touchdowns, completing 32 of 44 attempts, and rushed for a score in a 66-42 victory over Tulsa.

* Totaled 270 passing yards and four scores and also ran for 109 yards in a quadruple-overtime win (45-43) over Virginia Tech.