Boykin earns second Quarterback of the Week honor of 2015 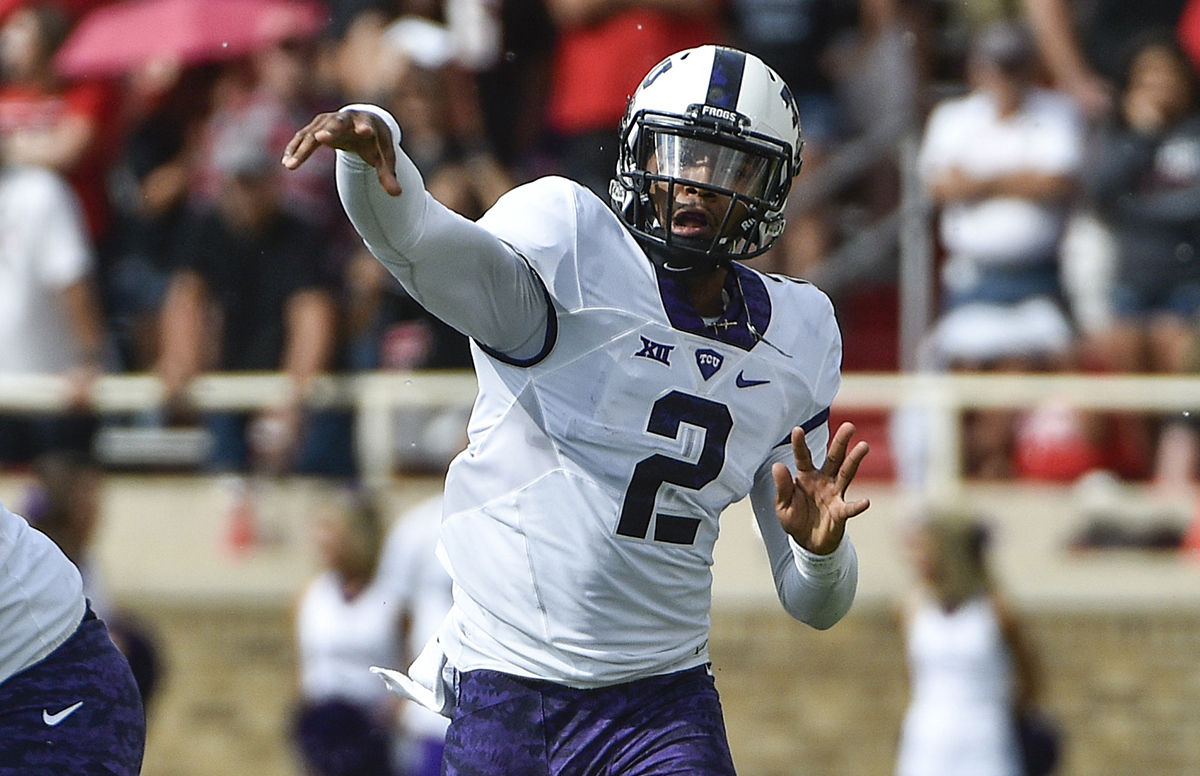 FORT WORTH, Texas (Nov. 4, 2015) – For the second time this season and the third time in his career, TCU senior Trevone Boykin, a 2014 Davey O’Brien National Quarterback Award finalist, is the award’s Quarterback of the Week.

Boykin threw for 388 yards and three touchdowns with no interceptions (32 of 47 overall) in TCU’s 40-10 victory over West Virginia on Thursday. In addition, he rushed 11 times for 84 yards and a score as the Horned Frogs improved to 8-0.

The native of Dallas, Texas, has now accounted for at least four touchdowns in seven consecutive games. In addition, Boykin has thrown for more than 300 yards in six straight contests, topping the 400-yard mark three times over that span.

He is the school’s career record holder for touchdown passes (83), total offense (12,041 yards) and touchdowns responsible for (108). Boykin also is the NCAA’s active leader in total offense.

Boykin, who previously won the weekly honor on Oct. 28, 2014, and Sept. 29, 2015, joins Mississippi State’s Dak Prescott as the only players to win the award three times since the start of the 2014 season.

Big 12 quarterbacks have now received the weekly honor in four of the nine weeks this year.

All 128 FBS quarterbacks are eligible for the weekly award, which is determined by a subset of the Davey O’Brien National Selection Committee. The other “Great 8” quarterbacks in week nine were: Oregon’s Vernon Adams Jr., David Blough of Purdue, Stanford’s Kevin Hogan, Chad Kelly of Ole Miss, Notre Dame’s DeShone Kizer, Keenan Reynolds of Navy and Clemson’s Deshaun Watson.

The three finalists for the Davey O’Brien National Quarterback Award will be named on Nov. 24, while the winner will be announced on Dec. 10 during ESPN’s The Home Depot College Football Awards. The winner is not required to have won a weekly award during the season.