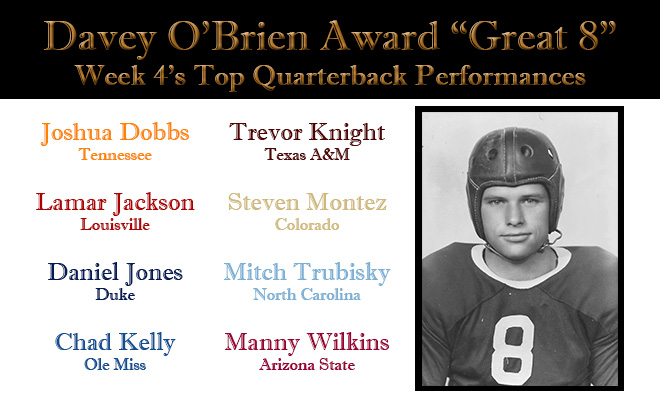 Quarterback of the Week to be named Tuesday

FORT WORTH, Texas (Sept. 26, 2016) – The Davey O’Brien “Great 8” list for week four of the 2016 season is comprised of quarterbacks from three conferences, as the ACC and SEC have three members apiece, while the Pac-12 has a pair of selections.

Jackson is on the list for the fourth consecutive time this season. Meanwhile, Dobbs (Weeks 2 and 4) and Knight (Weeks 3 and 4) are multi-time honorees. In addition, Montez became the second Colorado Buffalo signal caller to be honored this season.