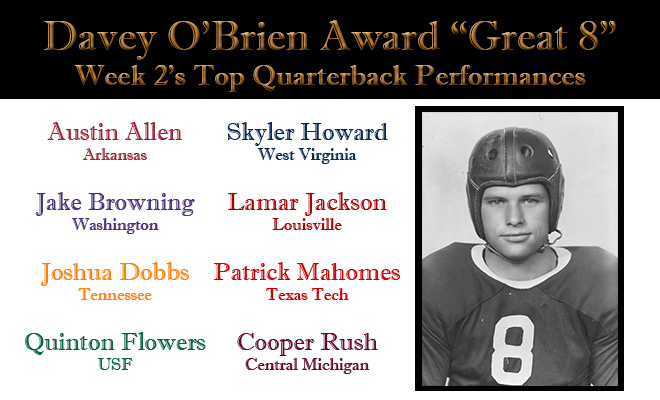 Quarterback of the Week to be announced Tuesday

Six of the players­ – Browning, Dobbs, Flowers, Howard, Mahomes and Rush – were named to the Davey O’Brien National Quarterback Award’s watch list prior to the season. Meanwhile, Jackson is the lone player to appear on the first two “Great 8” lists of the season.