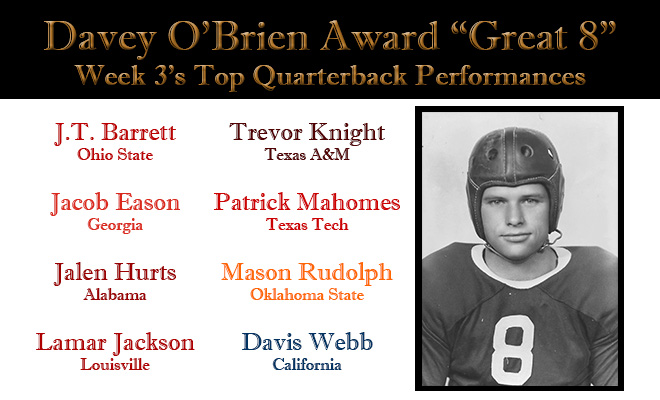 Quarterback of the Week to be named Tuesday

FORT WORTH, Texas (Sept. 19, 2016) – Five quarterbacks who played their high school football in the state of Texas are among the eight signal callers tagged with “Great 8” honors from the Davey O’Brien Foundation for week three of the 2016 season.

Jackson is on the list for the third time in as many weeks this season. Meanwhile, Mahomes earned his second consecutive nod, while Barrett and Hurts were honorees in week one. Those four players are the only multi-time selections this season.