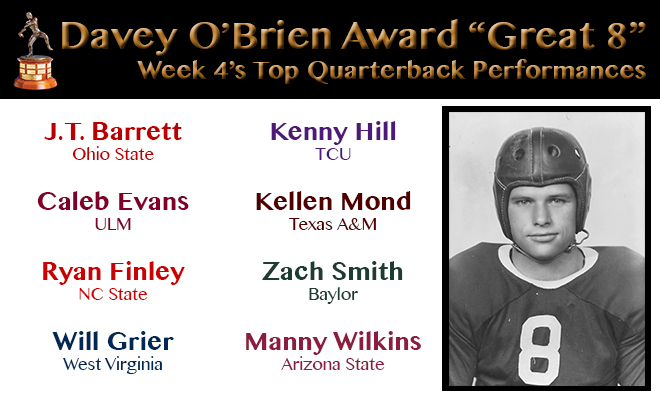 All eight players are first-time honorees this season

FORT WORTH, Texas (Sept. 25, 2017) – Five quarterbacks hailing from Davey O’Brien’s home state of Texas are among the “Great 8” players for week four of the college football season.

All eight players are first-time honorees this season. Through the season’s first four weeks, the Big 12 now leads the way with eight individual awards, two more than the ACC and Pac-12.