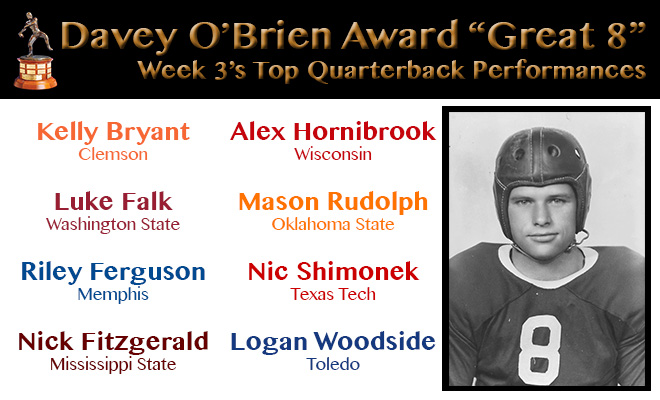 FORT WORTH, Texas (Sept. 18, 2017) – Of the eight players named to the Davey O’Brien National Quarterback Award’s “Great 8” list for week three of the college football season, just one had been previously honored in 2017.

Rudolph, who also appeared on the “Great 8” list in week one, becomes just the third player to be named multiple times in 2017. Through the season’s first three weeks, the ACC, Big 12 and Pac-12 are tied with the most total honorees, with five apiece.