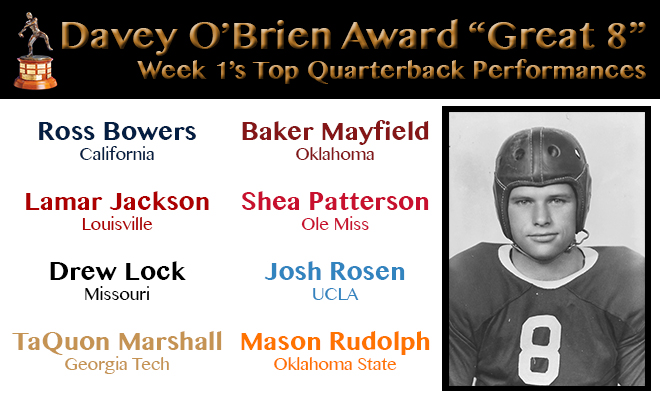 FORT WORTH, Texas (Sept. 6, 2017) – Two finalists for the 2016 Davey O’Brien National Quarterback Award are among the “Great 8” performers for the first week of the 2017 college football season.

A year ago, Jackson and Mayfield were finalists for the oldest and most prestigious college quarterback award. It was Mayfield’s second straight season as an award finalist. Last year, Jackson brought home “Great 8” honors eight times, while Mayfield was honored three weeks in 2016.

All 130 FBS quarterbacks are eligible for the weekly honor. The winner of the Davey O’Brien Quarterback of the Week Award, which will be one of the week’s “Great 8” quarterbacks, will be announced Thursday.