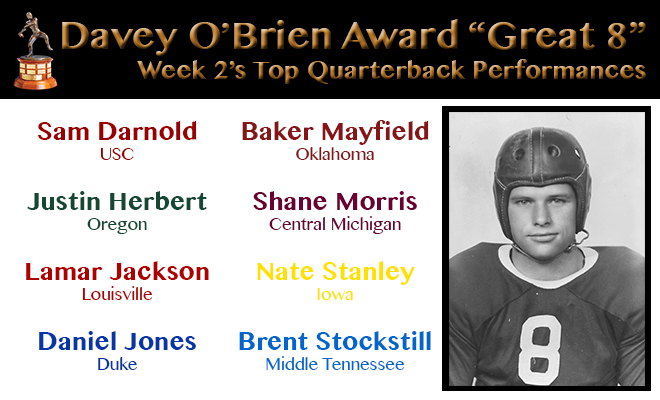 FORT WORTH, Texas (Sept. 11, 2017) – For the second time in as many weeks, 2016 Davey O’Brien National Quarterback Award finalists Lamar Jackson of Louisville and Baker Mayfield of Oklahoma are listed among the award’s “Great 8” performers.

Jackson and Mayfield are the only two players to repeat from the season’s first week. Last year, Jackson brought home “Great 8” accolades eight times, while Mayfield was honored three weeks. Through two weeks in 2017, the ACC and Pac-12 are tied with the most total honorees, with four apiece.