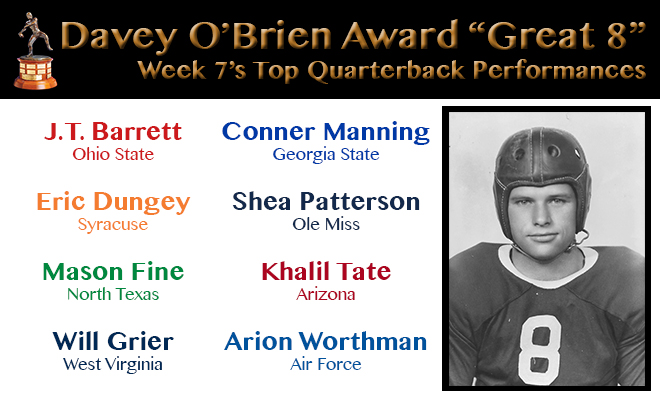 Forty-four different quarterbacks have now earned the 56 total honors through the season’s first seven weeks. Barrett, Grier, Patterson and Tate each were recognized for the second time in 2017.