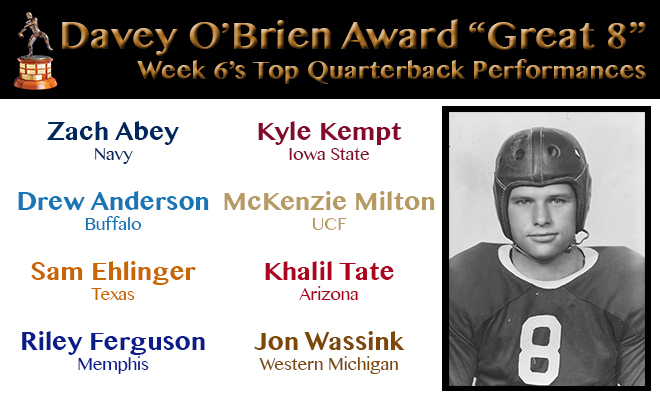 FORT WORTH, Texas (Oct. 9, 2017) – The Davey O’Brien National Quarterback Award’s “Great 8” performers for week six of the college football season combined to account for a total of 40 touchdowns (32 passing, seven rushing, one receiving) this weekend.

Abey appears on the list for the second straight week, while Ferguson is also being honored for the second time in 2017. Forty different quarterbacks have now earned the 48 total honors through the season’s first six weeks.