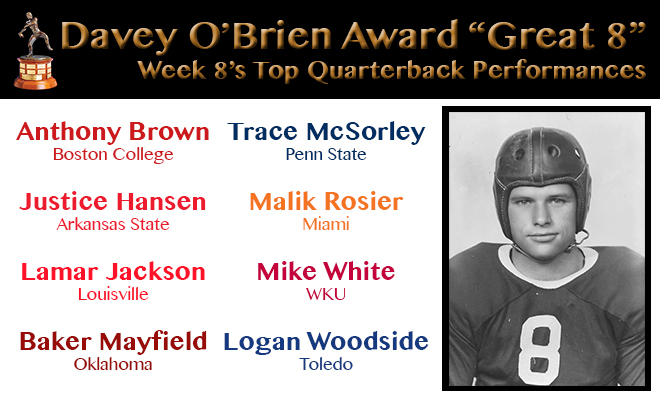 FORT WORTH, Texas (Oct. 23, 2017) – Three members of the Atlantic Coast Conference are among the eight players honored as Davey O’Brien National Quarterback Award “Great 8” performers for week eight of the college football season.

Forty-nine different quarterbacks have now earned the 64 total honors through the season’s first eight weeks. Jackson and Mayfield are now two of three players in the nation recognized three times.