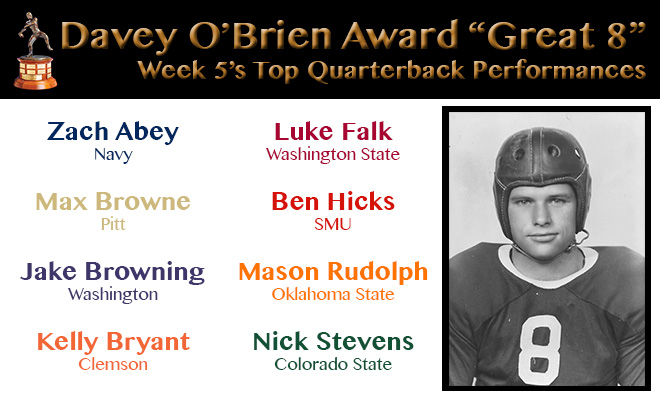 Bryant, Falk and Rudolph are multi-time winners this year. Rudolph (Weeks 1, 3, 5) is the first quarterback in the nation selected three times in 2017. Thirty-four different quarterbacks have earned the 40 total honors through the season’s first five weeks.