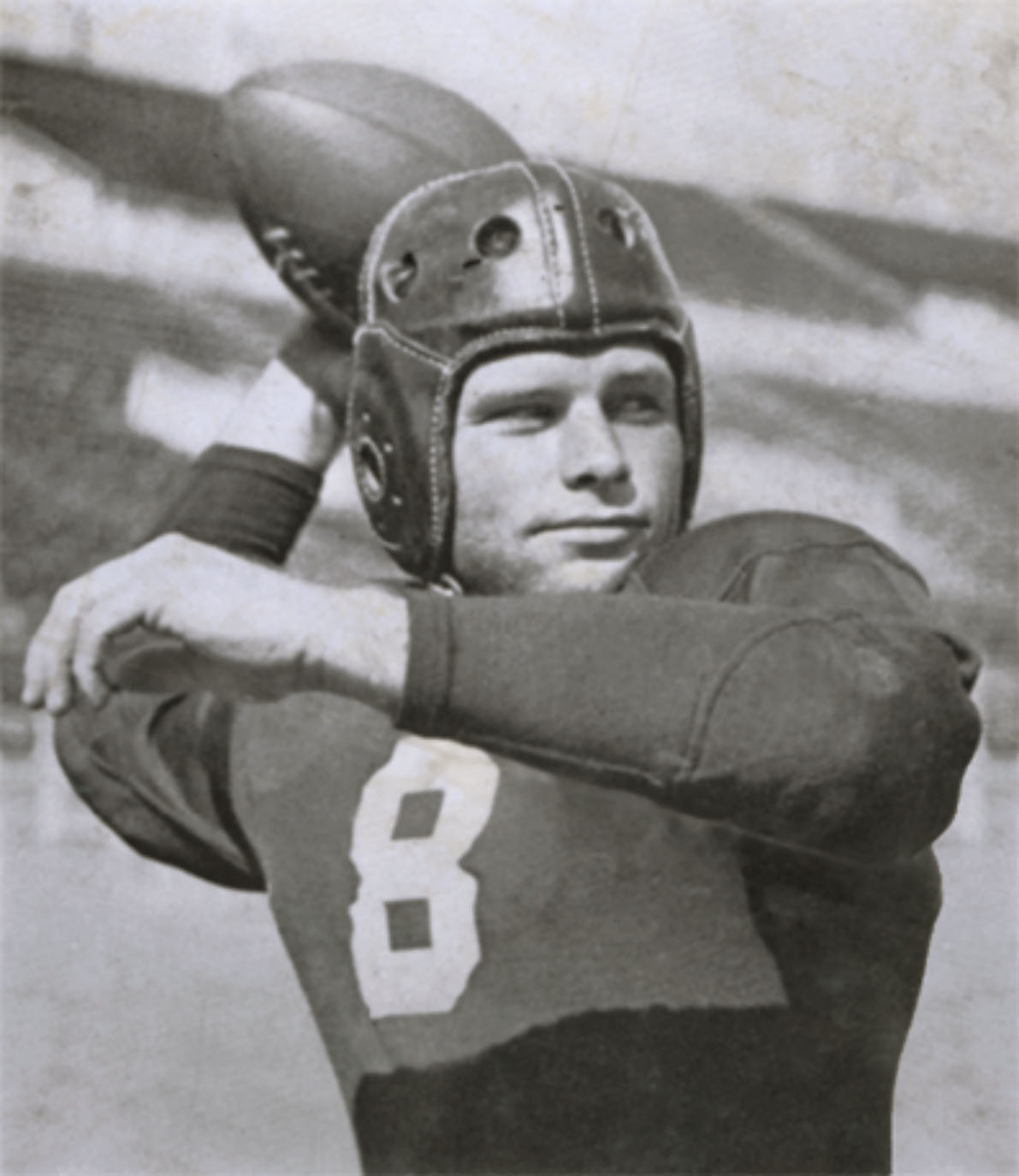 In 1938, O’Brien became the first player ever to win the Heisman Trophy, Walter Camp Award and Maxwell Trophy in the same season. He accomplished that feat while leading the Horned Frogs to an undefeated season and a national championship. For the year, O’Brien threw for 1,457 yards, setting a Southwest Conference record that stood for a decade. He also set an NCAA record for most rushing and passing plays in a season.

O’Brien was drafted fourth overall in the 1939 NFL Draft and earned Pro Bowl honors in his rookie season after setting a National Football League record for season passing yardage. The NFL’s highest-paid player retired after the 1940 season to become an FBI agent. He was inducted into the College Football Hall of Fame in 1955.

The TCU football team will wear a sticker on its helmet honoring O’Brien and there will be a field marking for him. His son, David O’Brien Jr., will be TCU’s honorary captain. In addition, replica O’Brien No. 8 jerseys and t-shirts will be sold and Ben’s Pretzels will produce a No. 8-shaped pretzel for sale at the Amon G. Carter Stadium concession stands. In addition, during its pregame show, the TCU band will form a No. 8 on the field.

O’Brien’s Heisman Trophy and the Davey O’Brien National Quarterback Award trophy will be on display for pregame photo opportunities in Frog Alley, before moving to the stadium concourse during the game. Video tributes to O’Brien will be played throughout the day, while the game program will feature O’Brien on the cover. Additionally, a floral arrangement will be placed at O’Brien’s statue in front of the Ed and Rae Schollmaier Arena.

The Davey O’Brien Foundation was created in 1977, and the National Quarterback Award, the oldest and most prestigious college quarterback award, was first issued in 1981. Over the years, the Davey O’Brien Foundation has given away more than $1 million in scholarships and university grants to help high school and college athletes transform leadership on the field into leadership in life.