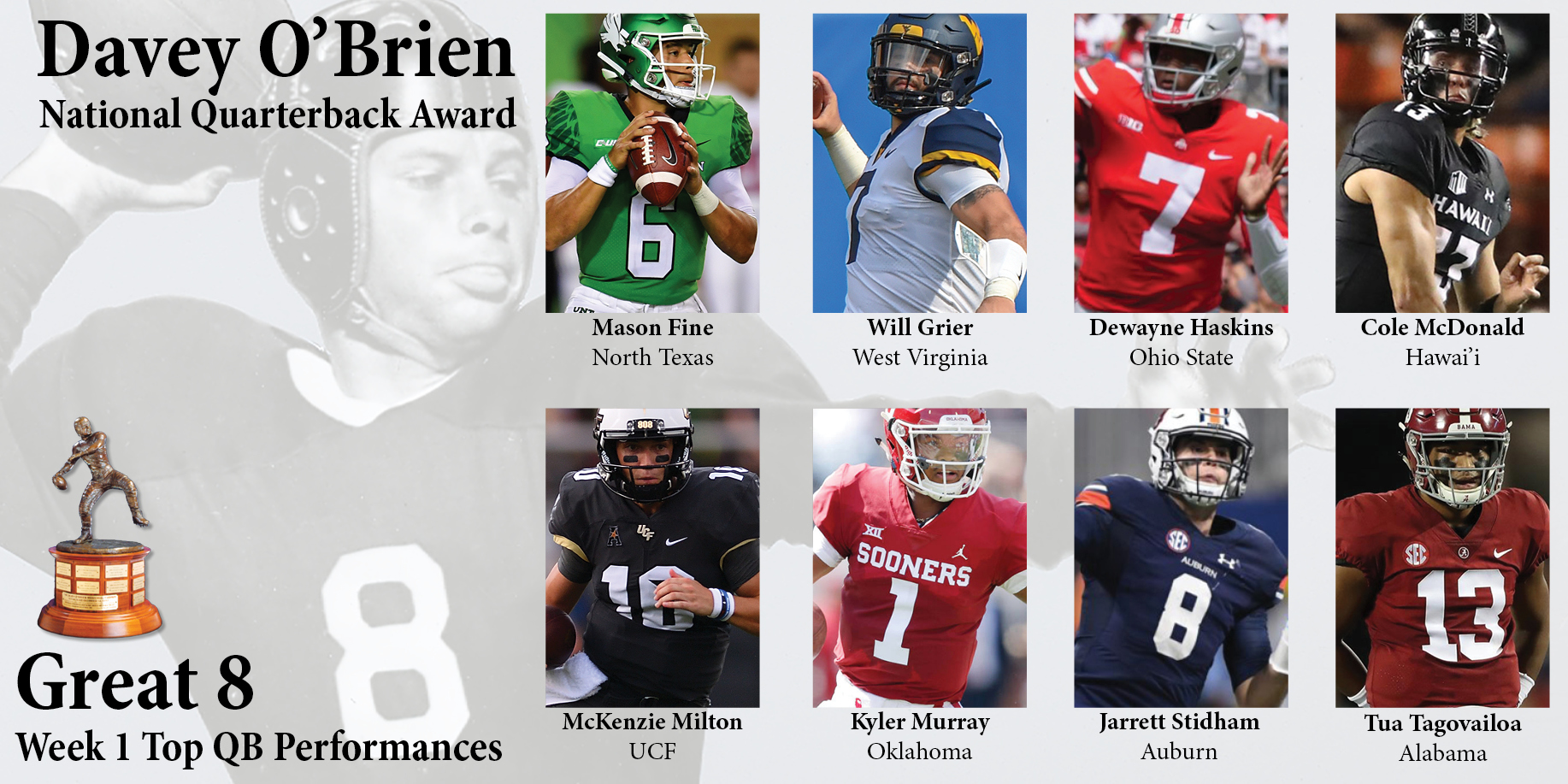 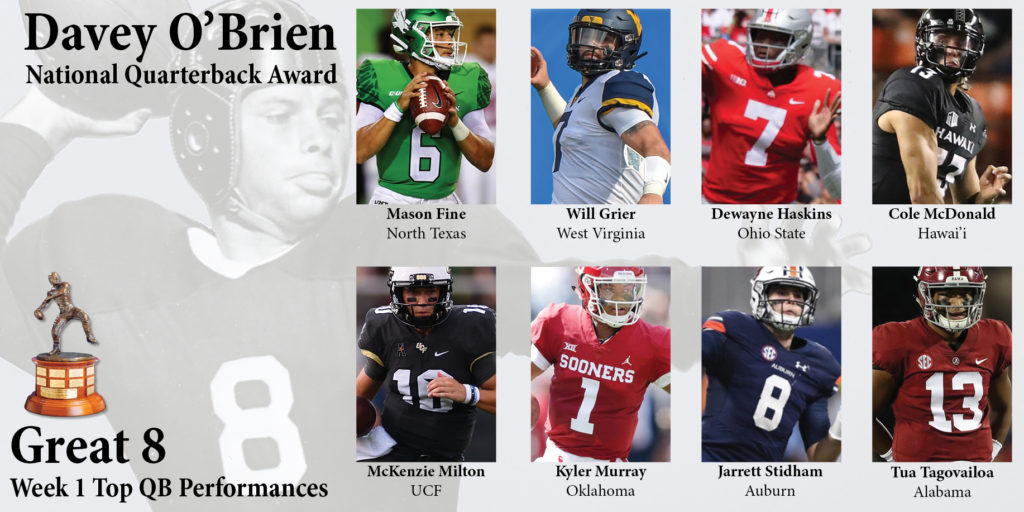 FORT WORTH, Texas (Sept. 4, 2018) – Two Hawaii natives, McKenzie Milton and Tua Tagovailoa, and another player who plays college football in the Aloha State, Cole McDonald, are among the Davey O’Brien Award’s “Great 8” quarterbacks for week one.

All 130 FBS quarterbacks are eligible for the weekly honor. The winner of the Davey O’Brien National Quarterback of the Week Award, which will be one of the week’s “Great 8” quarterbacks, will be announced Thursday on the Punt & Pass Podcast. To listen to the announcement and discussion this week’s Great 8, click here.

Eighty years ago, Davey O’Brien, who wore No. 8 as a star quarterback for TCU, became the first player ever to win the Heisman Trophy, Maxwell Award and Walter Camp Award in the same year (1938). He was inducted into the College Football Hall of Fame in 1955.

The Davey O’Brien Foundation was created in 1977, and the National Quarterback Award, the oldest and most prestigious college quarterback award, was first issued in 1981. The Davey O’Brien Fan Vote, now in its 12th year, will give fans a chance to play a role in determining the award winner by voting daily at VoteOBrien.org beginning Sept. 10.