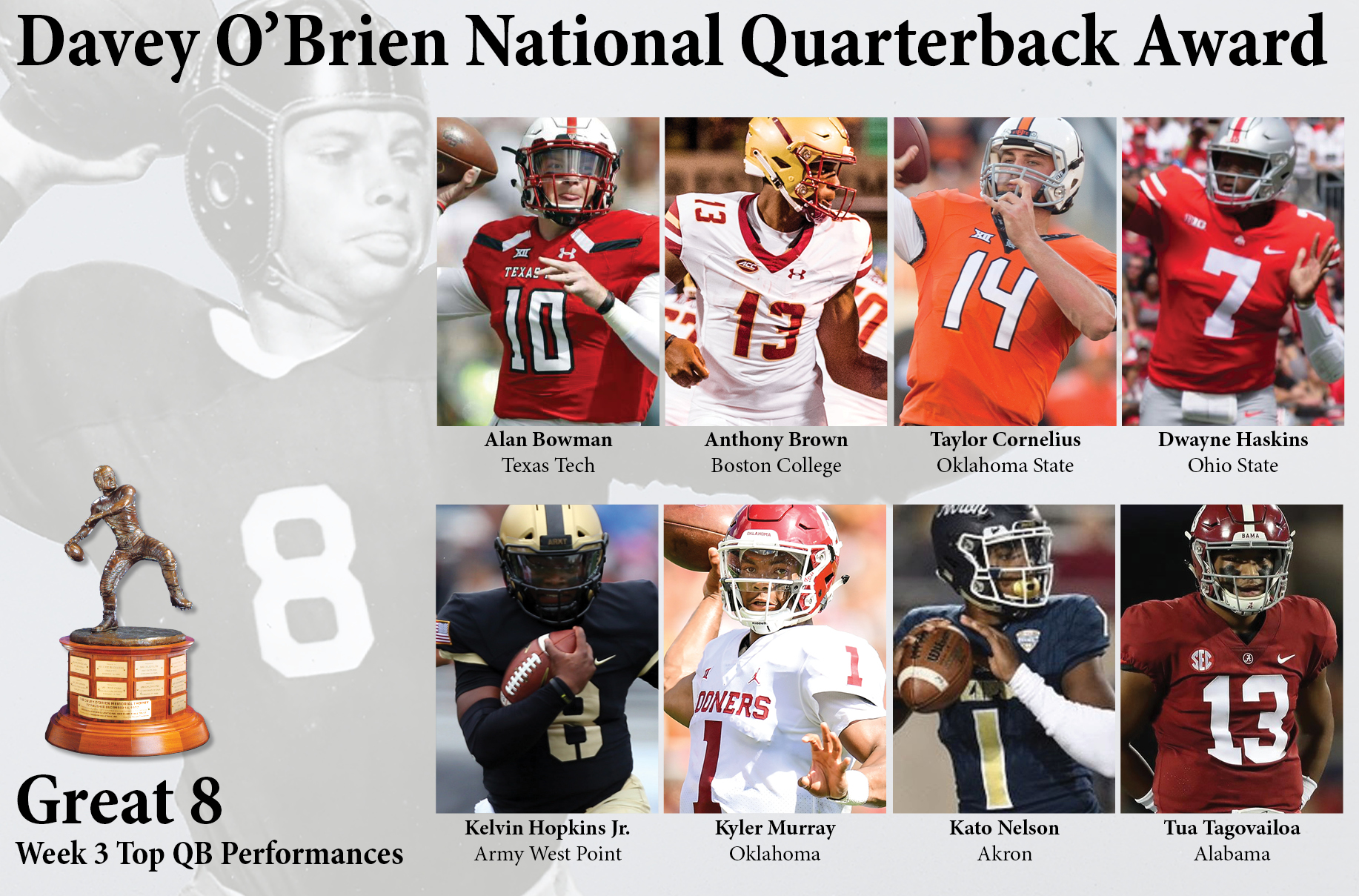 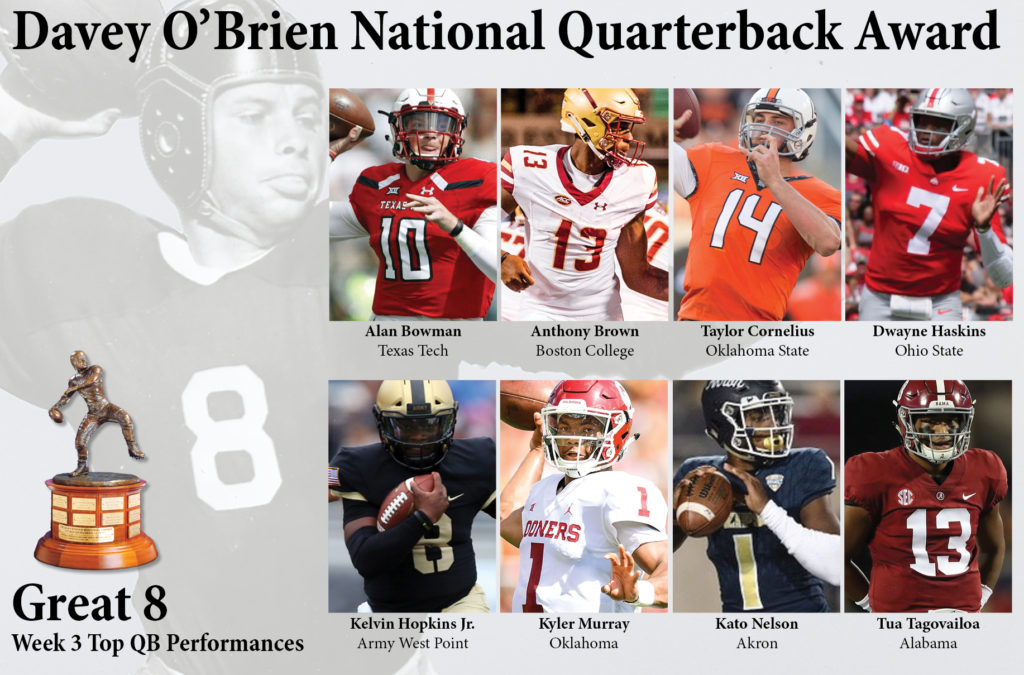 FORT WORTH, Texas (Sept. 17, 2018) – Four of the quarterbacks being honored on the Davey O’Brien Award’s “Great 8” list for week three will square off against each other in week four when Army West Point plays Oklahoma and Oklahoma State hosts Texas Tech.

All FBS quarterbacks are eligible for the weekly honor. Thus far, 20 different quarterbacks have been named to the Great 8 in 2018. Murray is the only player in the country to be selected all three weeks, while Haskins and Tagovailoa are the nation’s only other players to be honored multiple times this year.

The winner of the Davey O’Brien National Quarterback of the Week Award, which will be one of the week’s “Great 8” quarterbacks, will be announced Thursday on the Punt & Pass Podcast. To listen to the announcement and discussion of this week’s Great 8, click here.