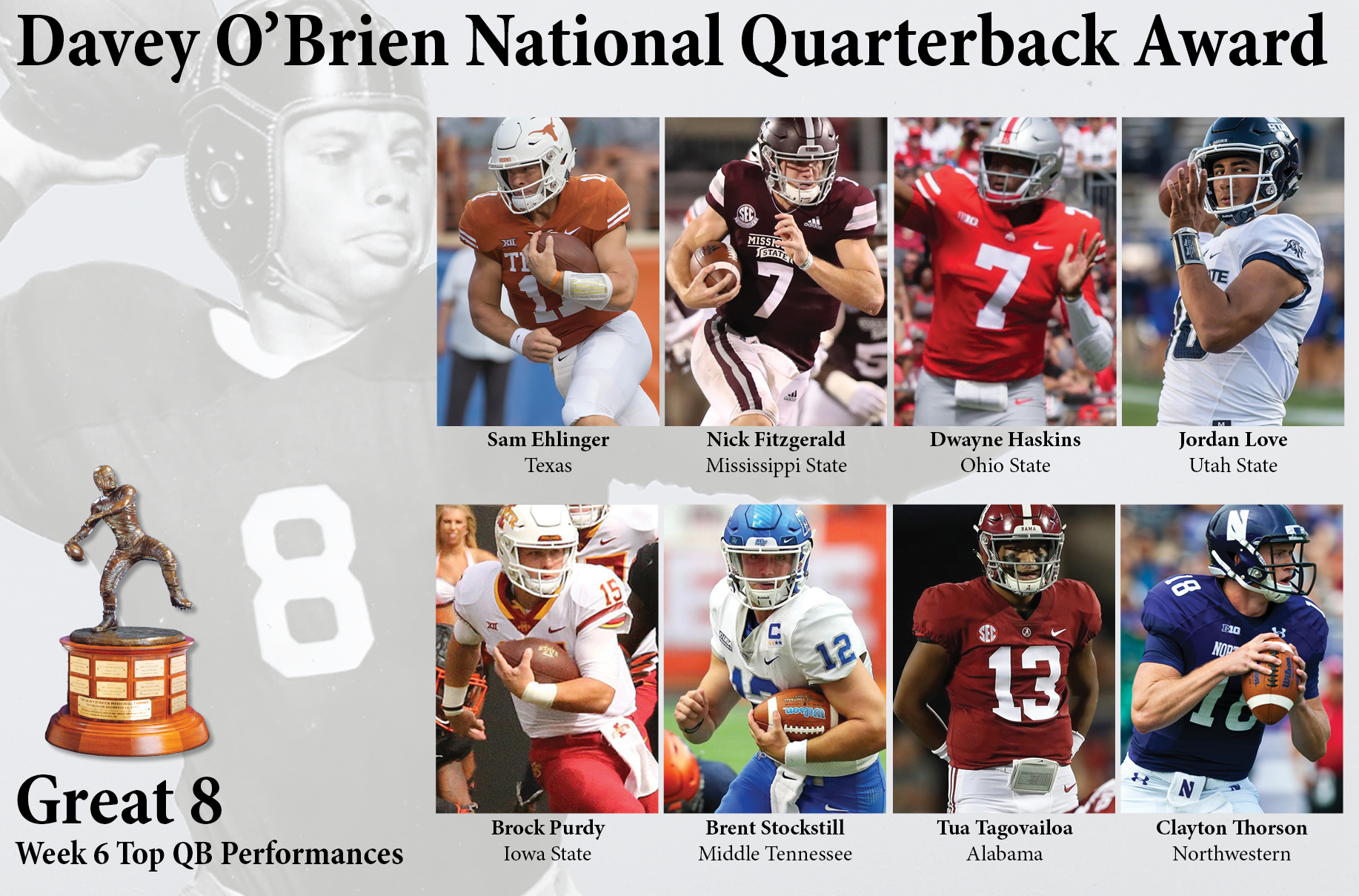 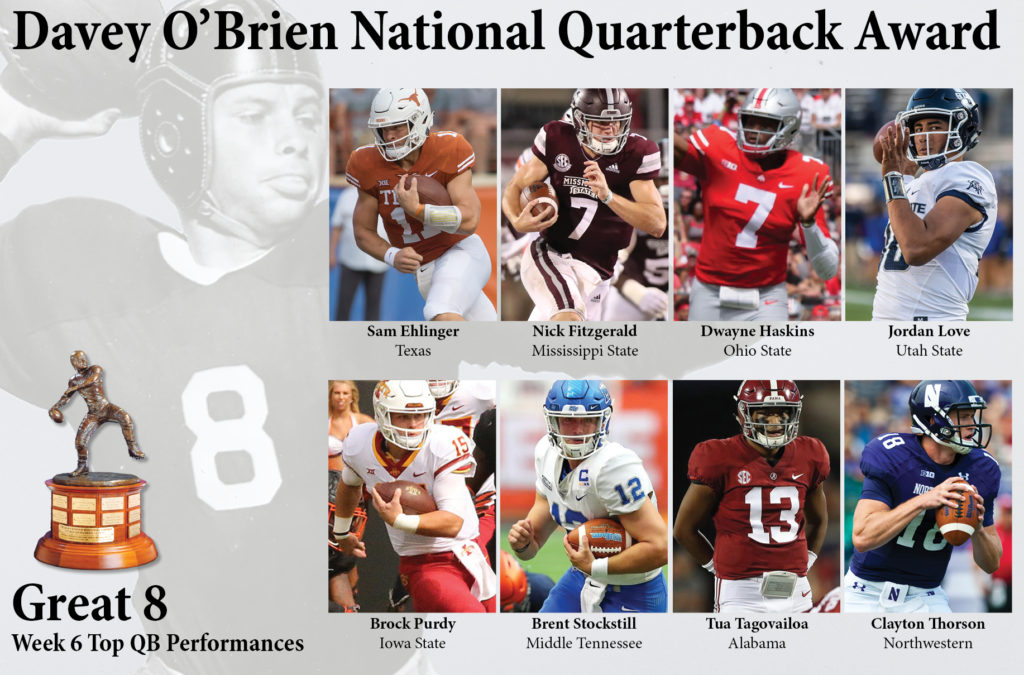 All FBS quarterbacks are eligible for the weekly honor. Thus far, 35 different quarterbacks have been named to the Great 8 in 2018. Tagovailoa is now tied for the most honors nationally this season with four, while Haskins (three) and Ehlinger (two) are also multi-time honorees.

The winner of the Davey O’Brien National Quarterback of the Week Award, which will be one of the week’s Great 8 quarterbacks, will be announced Wednesday. To listen to the announcement and discussion of this week’s Great 8 on the Punt & Pass Podcast, click here.