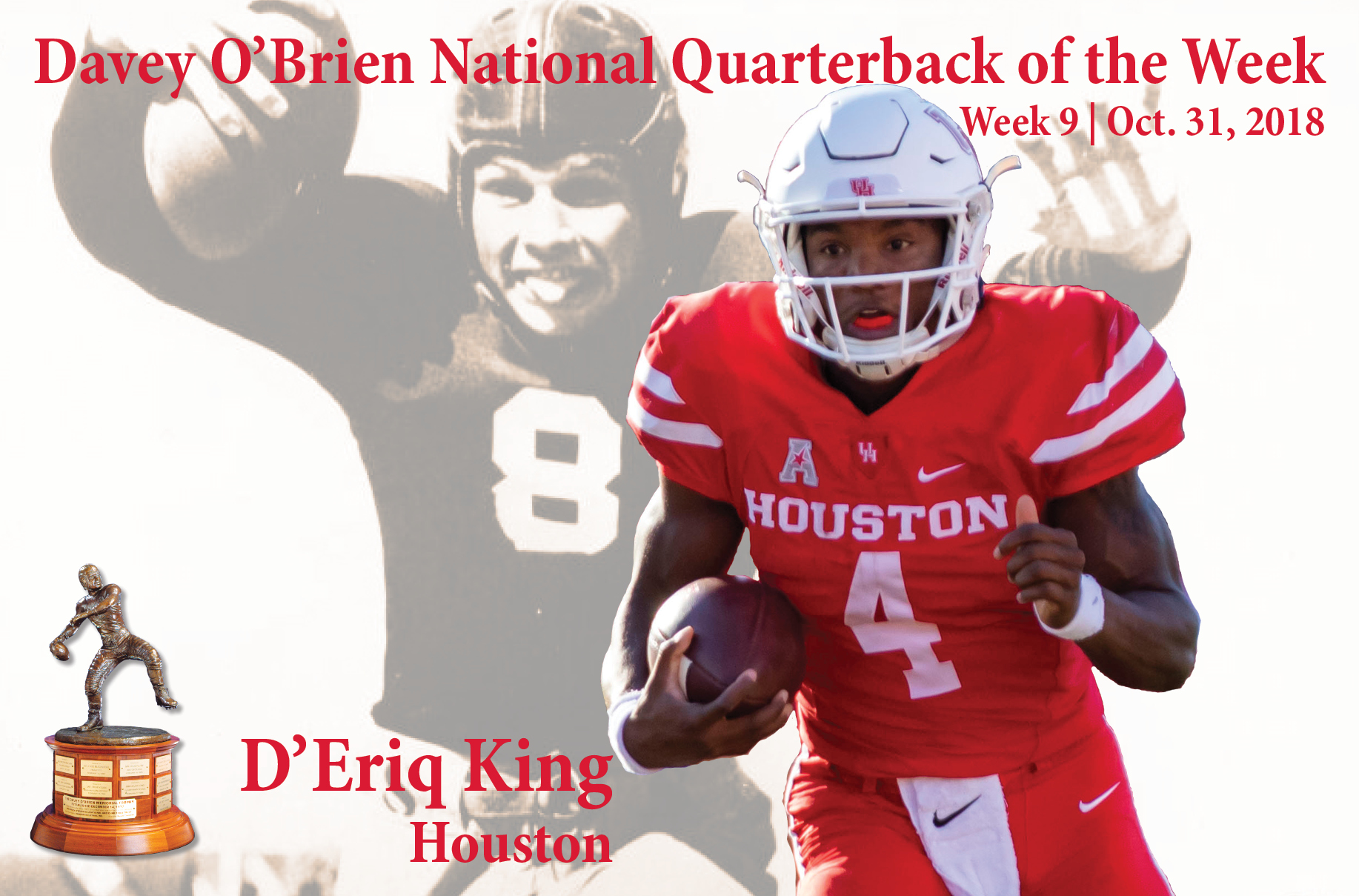 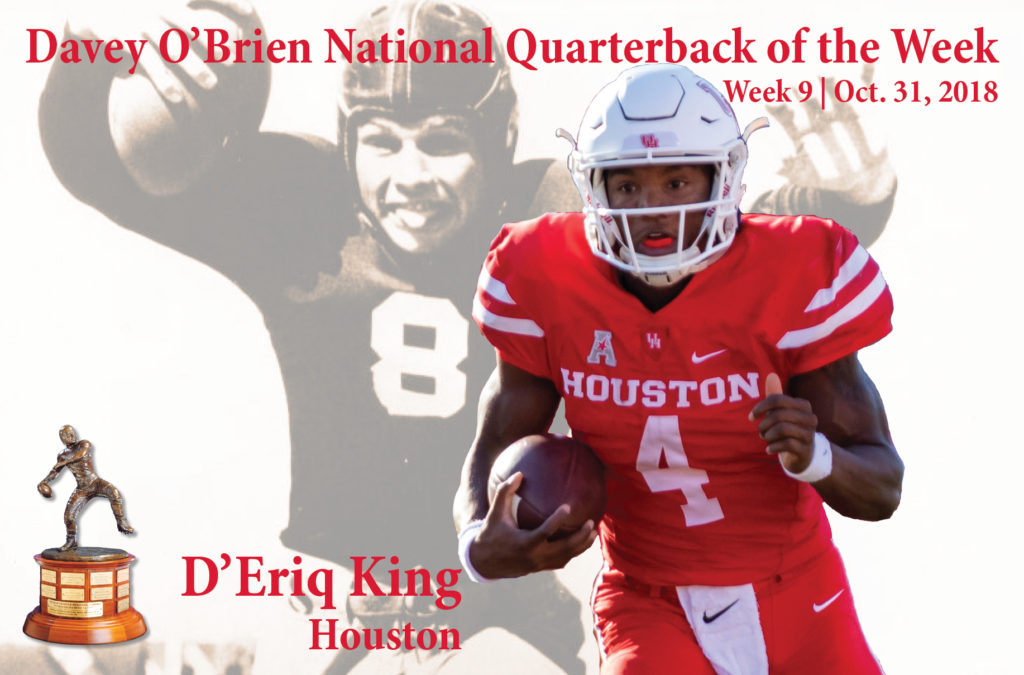 On Saturday, King led the Cougars to a convincing 57-36 victory over previously unbeaten and 21st-ranked USF. He amassed 551 total yards and accounted for seven touchdowns, five passing and two rushing, against the Bulls.

The Punt & Pass Podcast hosted by Drew Butler and Aaron Murray will discuss King’s achievement on Thursday’s edition of the show.