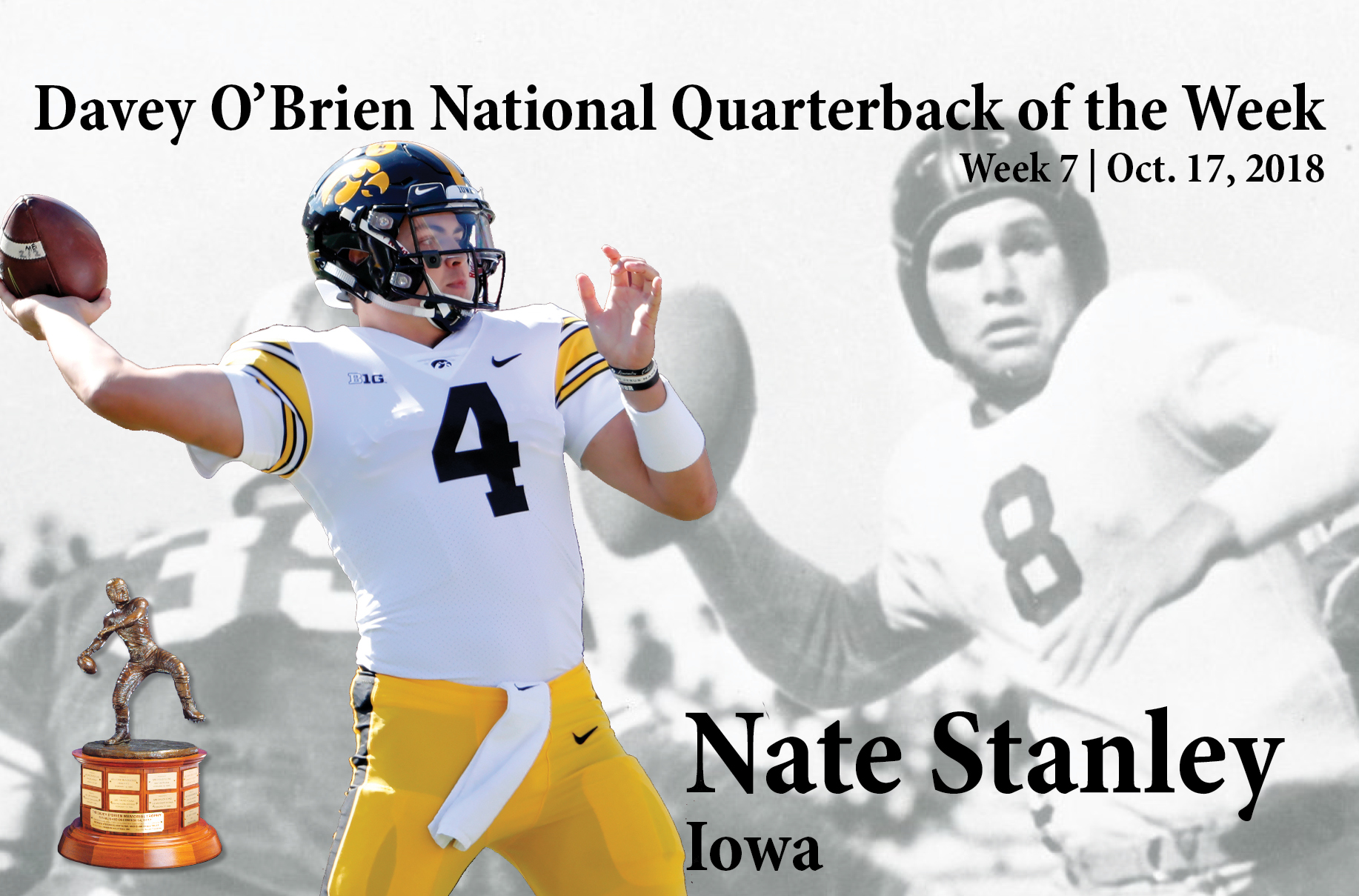 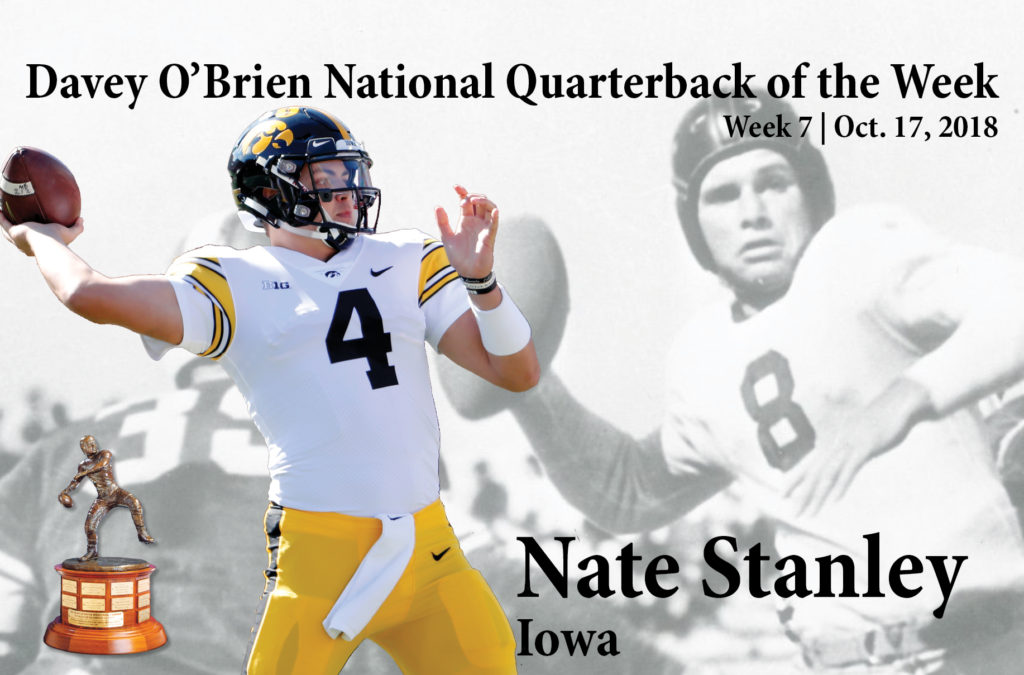 In a 42-16 victory over Indiana on Saturday, Stanley completed 21 of 32 passes (65.6 percent) for 320 yards and a career-best six touchdowns. The six touchdown passes rank as the second most in a game in school history, matching 1985 Davey O’Brien National Quarterback Award winner Chuck Long.

Stanley’s 300-yard passing game was his third in his last four outings. The native of Menomonie, Wis., has thrown 14 touchdown passes in his last four games, tying Long for the most ever by a Hawkeye in a four-game span.