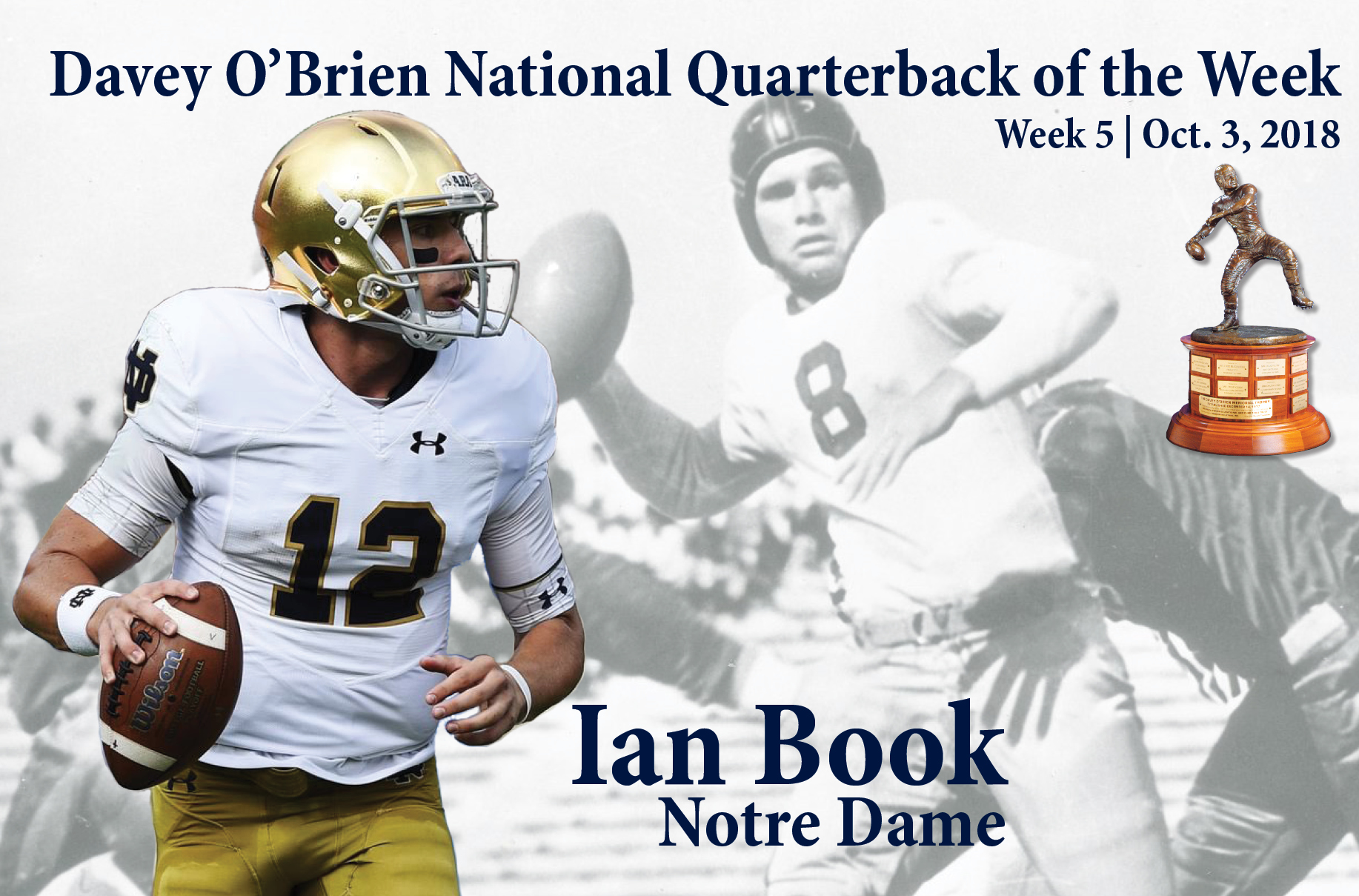 Book guided the Fighting Irish to a 38-17 victory over No. 7 Stanford on Saturday night. Through the air, he was 24-for-33 for 278 yards and four touchdowns with no interceptions. He also added 47 rushing yards on 15 carries.

Book’s final two touchdown passes came on consecutive throws in the fourth quarter to blow open a 7-point game. On Monday, he became one of just four quarterbacks in the nation to earn Davey O’Brien Great 8 accolades in back-to-back weeks in 2018.

The Punt & Pass Podcast will discuss Book on Thursday’s edition of the show.