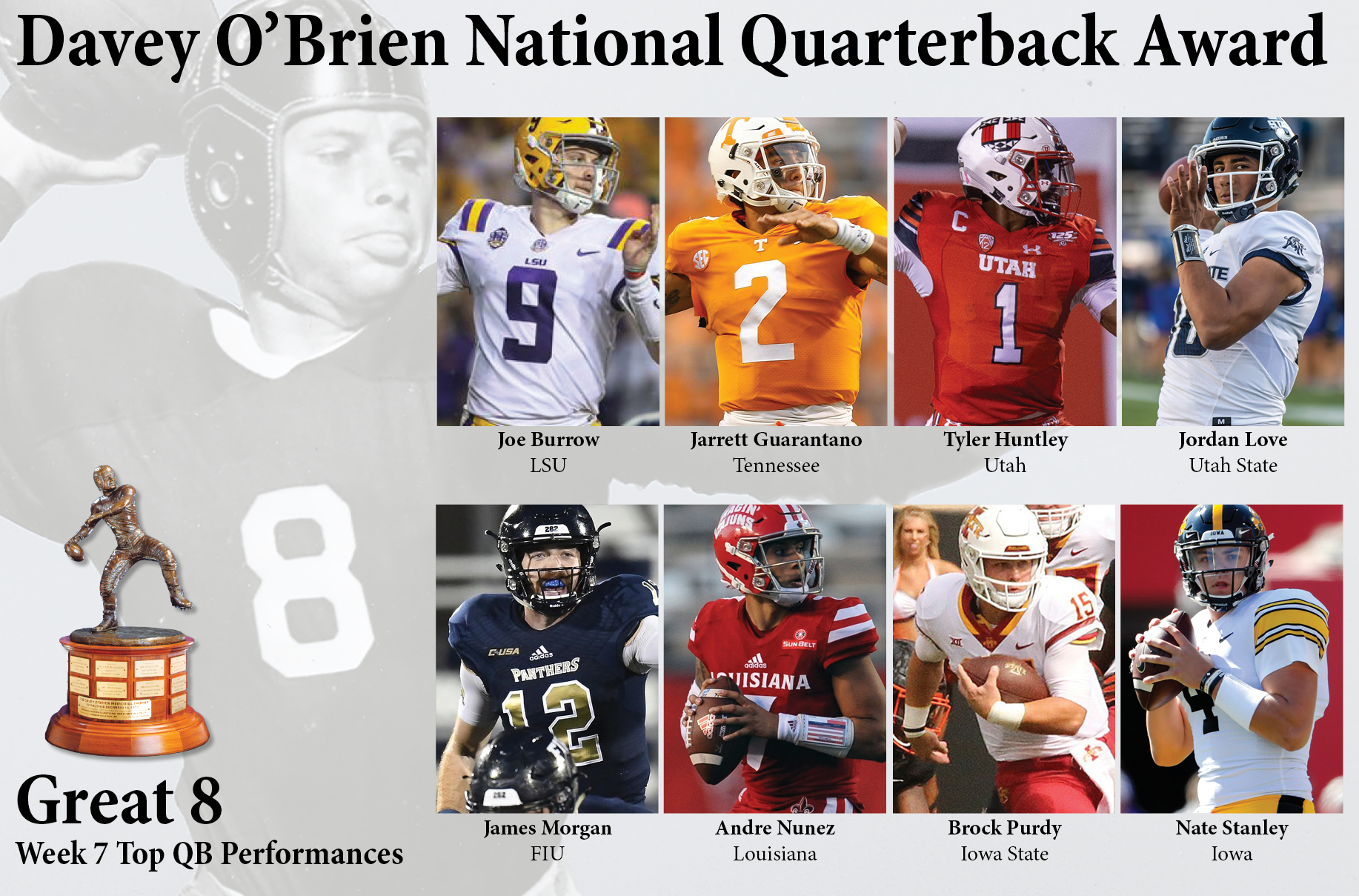 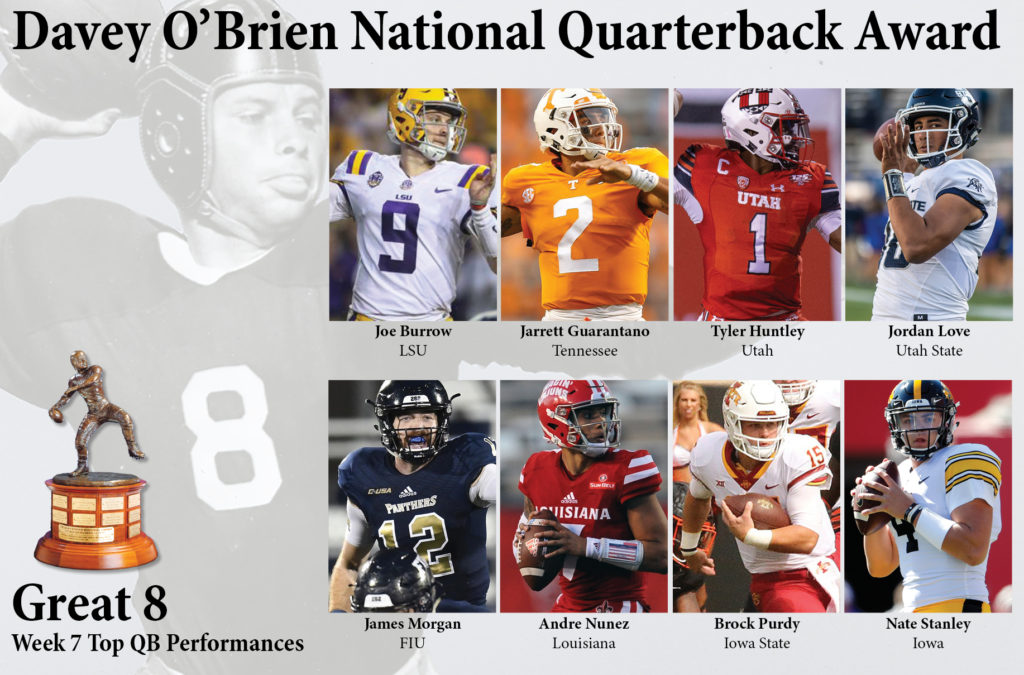 All FBS quarterbacks are eligible for the weekly honor. Thus far, 40 different signal callers have been named to the Great 8 in 2018. Love and Purdy are being honored for the second consecutive week, while Burrow was named for the second time in three weeks.

The winner of the Davey O’Brien National Quarterback of the Week Award, which will be one of the week’s Great 8 quarterbacks, will be announced Wednesday. To listen to the announcement and discussion of this week’s Great 8 on the Punt & Pass Podcast, click here.