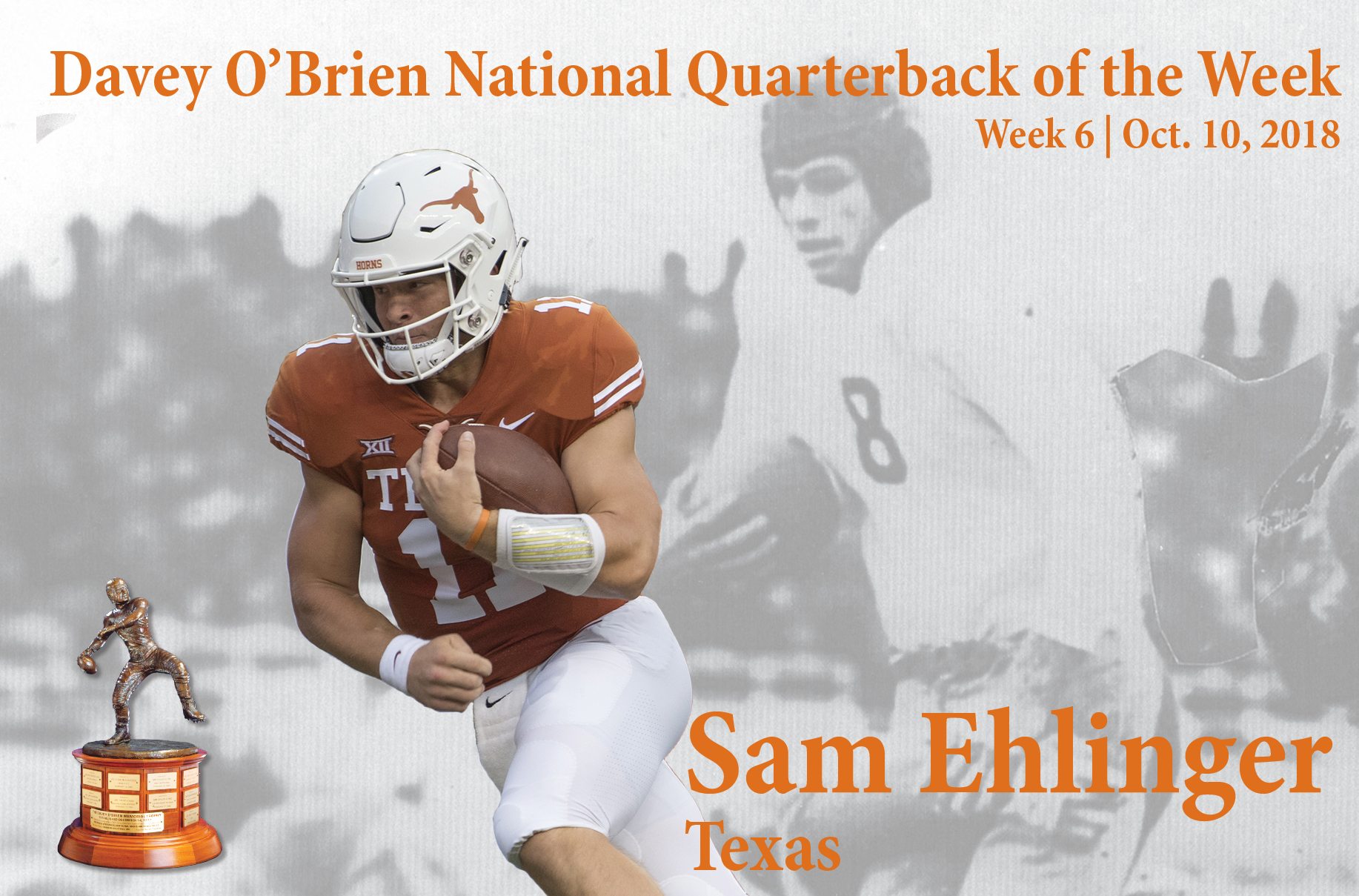 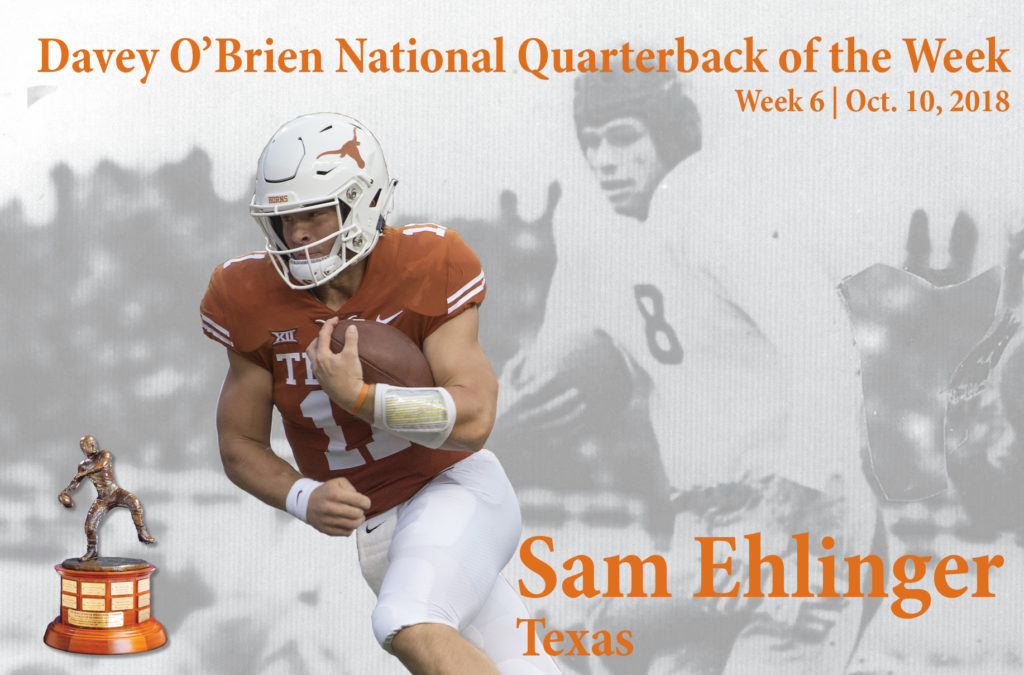 Ehlinger steered the Longhorns to a 48-45 victory over No. 7 Oklahoma on Saturday, the most points ever scored by Texas in the 113th edition of the Red River Showdown. The native of Austin, Texas, accounted for five touchdowns and 394 yards of total offense. The yardage total was the most ever by a Longhorn player against the Sooners.

Ehlinger is the fourth Big 12 Conference quarterback to be named the Davey O’Brien National Quarterback of the Week this season. The Punt & Pass Podcast hosted by Drew Butler and Aaron Murray will discuss Ehlinger’s achievement on Thursday’s edition of the show.