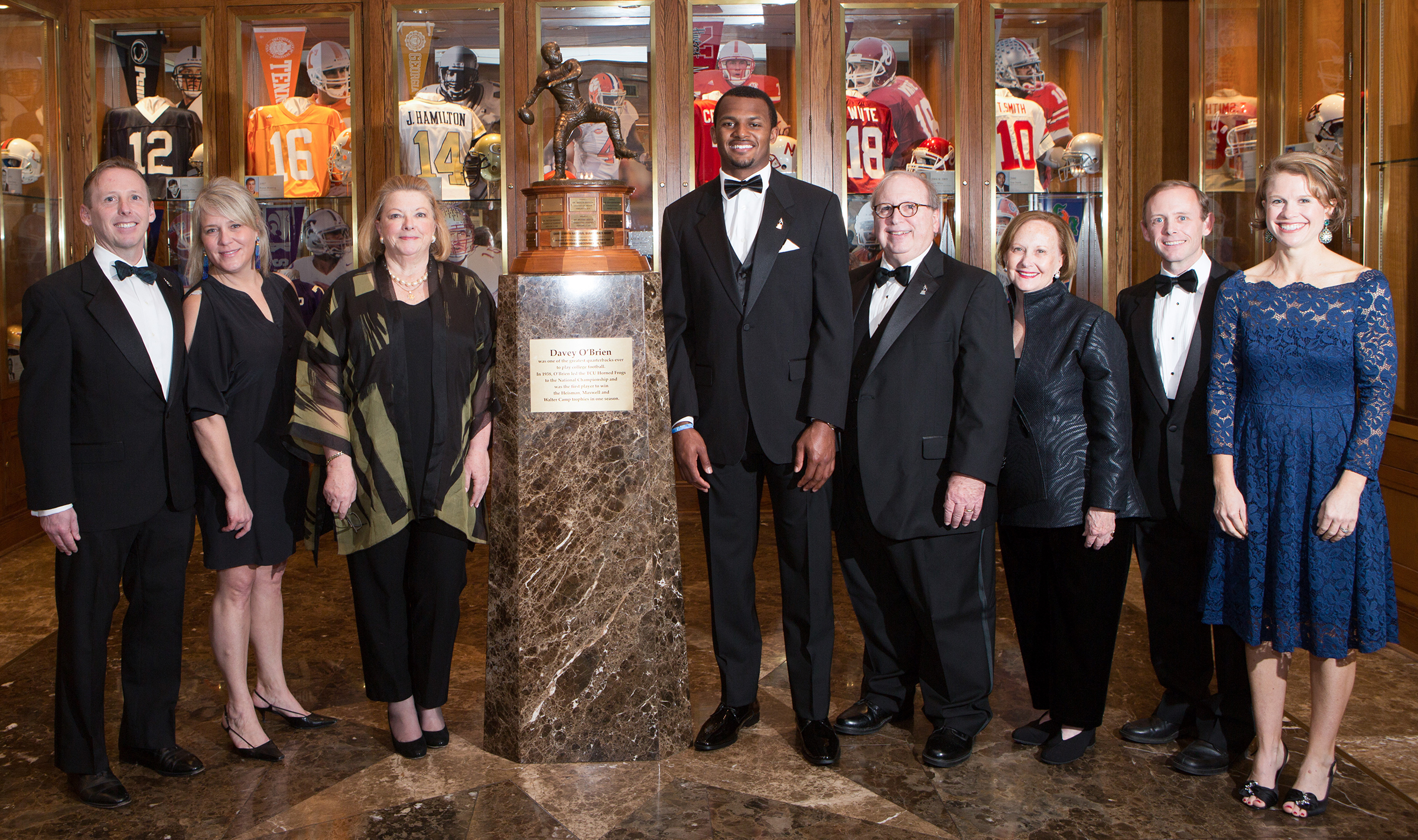 FORT WORTH, Texas (Jan. 30, 2019) – The Davey O’Brien Foundation has announced that the O’Brien Family is recipient of the 2018 Charles Ringler Founder’s Award. The Foundation will honor the family, whose name has been synonymous with high character and achievement in both the football and Fort Worth communities for the past eight decades.

Being honored with the award will be Davey’s three children, David Jr., Bill and Sally, as well as their spouses and children.

Past recipients include some of college football and the award’s most important figures, including Lamar Hunt, Dr. Bobby Brown, Keith Jackson, Verne Lundquist and Don Looney.