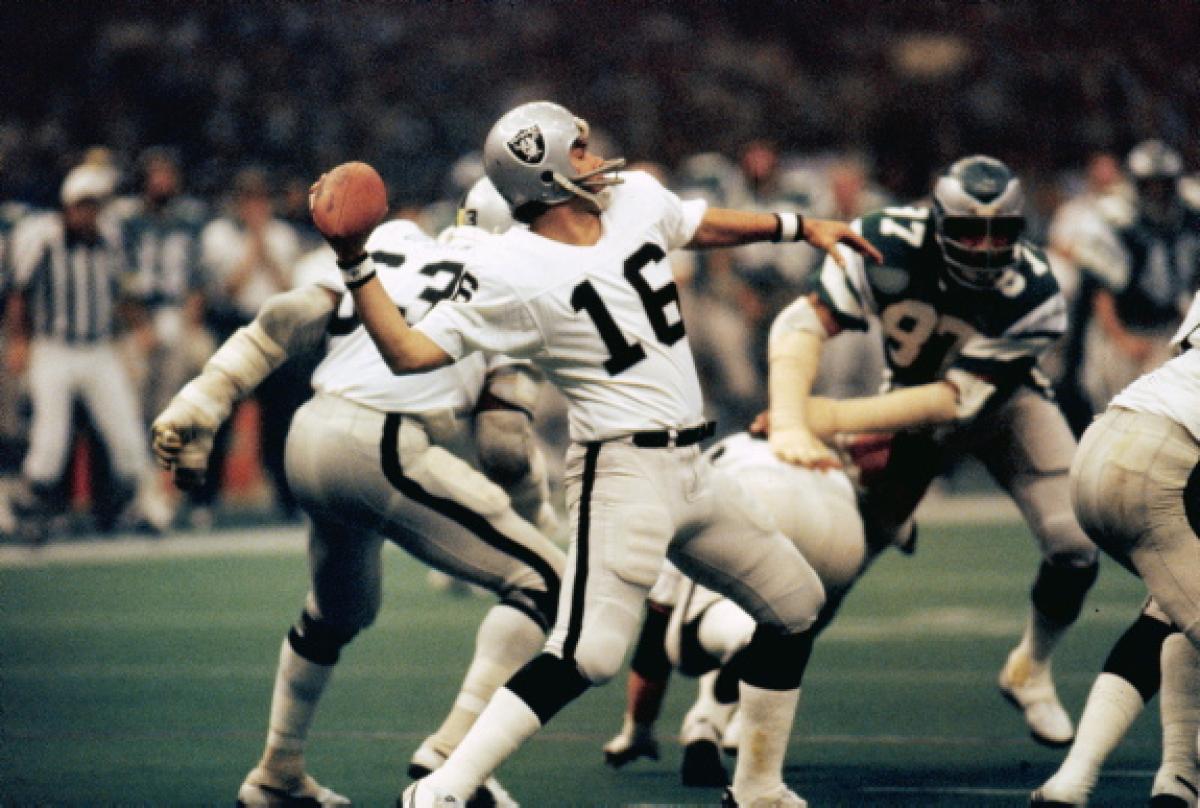 FORT WORTH, Texas (Feb. 1, 2019) – The Davey O’Brien Foundation has announced that Jim Plunkett is the recipient of the 2018 Davey O’Brien Legends Award, which recognizes a college or professional quarterback who has made a significant contribution to the game of football, distinguished himself as an extraordinary leader and demonstrated exemplary conduct both on and off the football field.

Plunkett is one of just four players ever to win the Heisman Trophy and be named Super Bowl Most Valuable Player. The others include inaugural Davey O’Brien Legends Award recipient Roger Staubach, as well as Marcus Allen and Desmond Howard.

The No. 1 overall pick in the 1971 NFL Draft by the New England Patriots, Plunkett played in the National Football League for 16 seasons with the Patriots (1971-75), San Francisco 49ers (1976-77) and Oakland/Los Angeles Raiders (1978-86). He directed the Raiders to a pair of Super Bowl victories (XV, XVIII), and was the first minority quarterback ever to win the Super Bowl.

Plunkett was named MVP of Super Bowl XV after completing 13 of 21 passes for 261 yards and three touchdowns in a 27-10 win over the Philadelphia Eagles, and remains the only Hispanic player ever to win that honor. He also earned 1971 AFC Rookie of the Year accolades and was tabbed the 1980 NFL Comeback Player of the Year.

For his career, he passed for 25,882 yards and 164 touchdowns. In addition, Plunkett owned an 8-2 record as a starter in postseason play. Over eight seasons with the Raiders, he threw for 12,665 yards and 80 touchdowns while posting a 38-19 record.

Collegiately, Plunkett starred three years (1968-70) for Stanford. In 1970, he won the Heisman Trophy, Walter Camp Award and Maxwell Award in the same season, an achievement he shares with O’Brien, who took home all three honors in 1938. Plunkett, the first Latino player ever to win the Heisman Trophy, also was a consensus All-American and the UPI Player of the Year as a senior.

During his college career, the native of San Jose, Calif., threw for 7,809 yards and 53 touchdowns. As a senior, he was 211-for-388 passing for 2,980 yards and 19 touchdowns, and led the nation in completions, passing yards and total yards (3,189). He steered the Cardinal to a 9-3 record, which included a Rose Bowl win over Ohio State, and a final Associated Press Poll ranking of No. 8.

Plunkett was named to the College Football Hall of Fame in 1990. In 2017, Plunkett was inducted into the California Hall of Fame, which includes entertainers, athletes, musicians, scientists, politicians, inventors and explorers, among others.