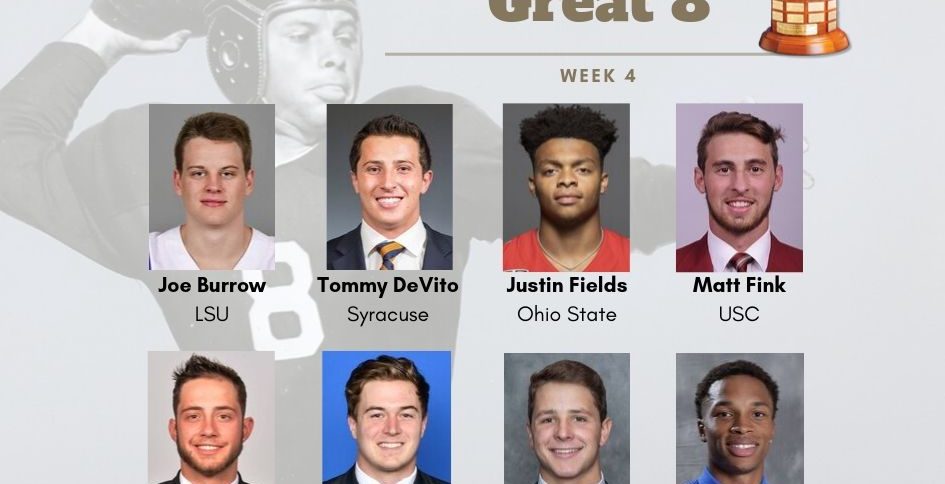 FORT WORTH, Texas (Sept. 23, 2019) – Four sophomores are included among the Davey O’Brien “Great 8” performers for week four of the college football season, according to the announcement made Monday by the Davey O’Brien Foundation.