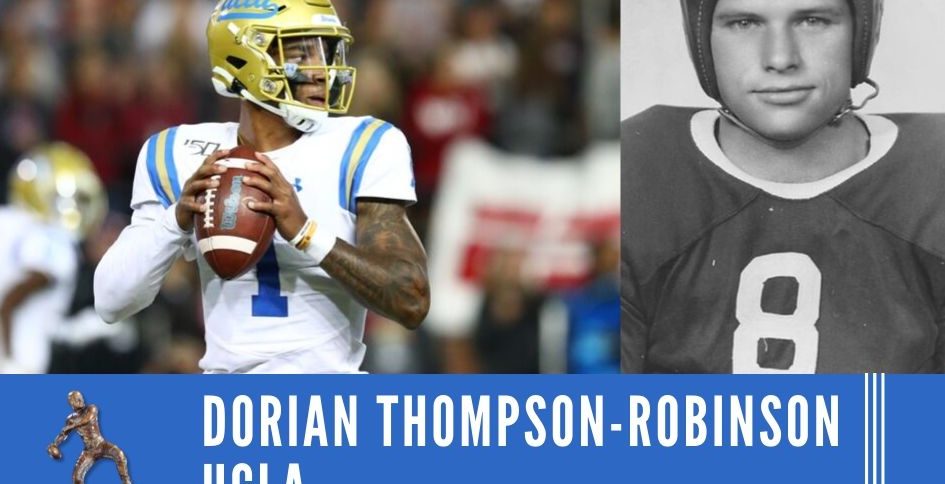 FORT WORTH, Texas (Sept. 25, 2019) – UCLA sophomore Dorian Thompson-Robinson, who guided the Bruins to a stunning comeback win over No. 19 Washington State on Saturday night, has been selected as the Davey O’Brien Foundation’s Quarterback of the Week for the fourth week of the 2019 college football season.

Thompson-Robinson set a school record with 564 yards of total offense and also accounted for seven touchdowns (five passing, two rushing) in the 67-63 victory. In the second half, he threw for 322 yards and four touchdowns, while rallying the Bruins from a 32-point (49-17) third-quarter deficit.

In all, the Pac-12 Conference Offensive Player of the Week completed 25 of 38 passes for 507 yards and also rushed for 57 yards on 11 carries. Thompson-Robinson became just the third player in UCLA history to throw for more than 500 yards in a game. He is the first Bruin to win the weekly honor since Josh Rosen on Sept. 7, 2017.