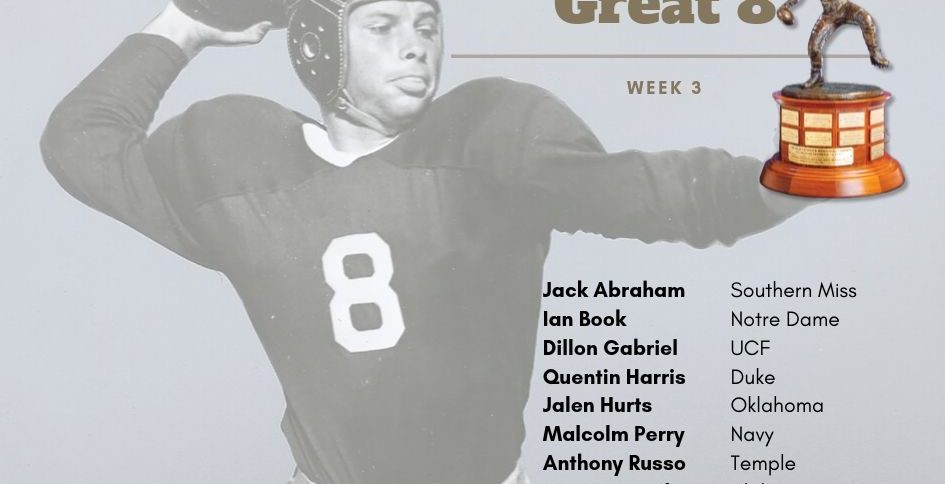 FORT WORTH, Texas (Sept. 16, 2019) – A trio of quarterbacks from the American Athletic Conference are among the Davey O’Brien “Great 8” performers for week three of the college football season, according to the announcement made Monday by the Davey O’Brien Foundation.

The eight honorees, as determined by voting from the award’s selection subcommittee, are: Jack Abraham of Southern Miss, Notre Dame’s Ian Book, Dillon Gabriel of UCF, Duke’s Quentin Harris, Jalen Hurts of Oklahoma, Navy’s Malcolm Perry, Anthony Russo of Temple and Alabama’s Tua Tagovailoa. The winner of the Davey O’Brien National Quarterback of the Week Award will be announced Wednesday. 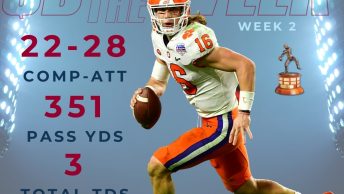 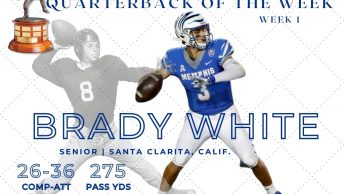 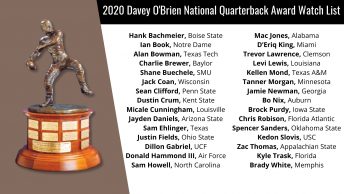