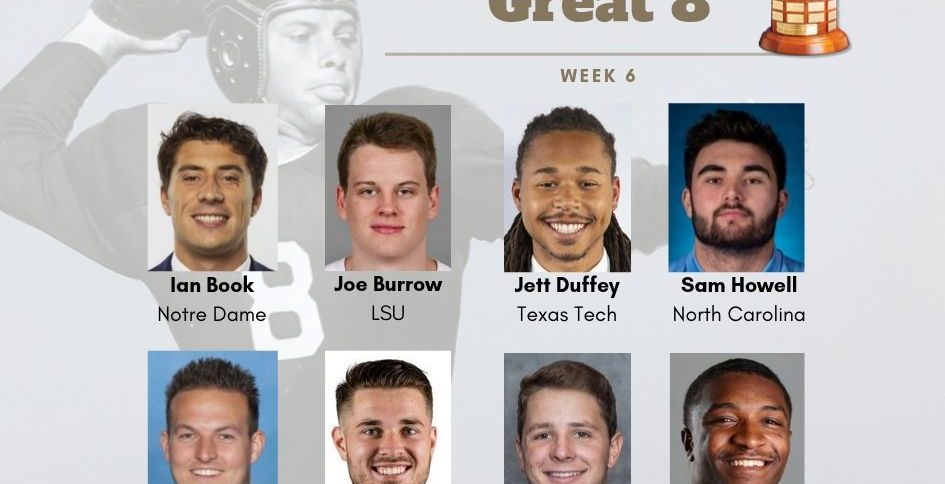 FORT WORTH, Texas (Oct. 7, 2019) – Five seniors are among the eight quarterbacks named to the Davey O’Brien “Great 8” list for week six of the college football season, according to the announcement made Monday by the Davey O’Brien Foundation.