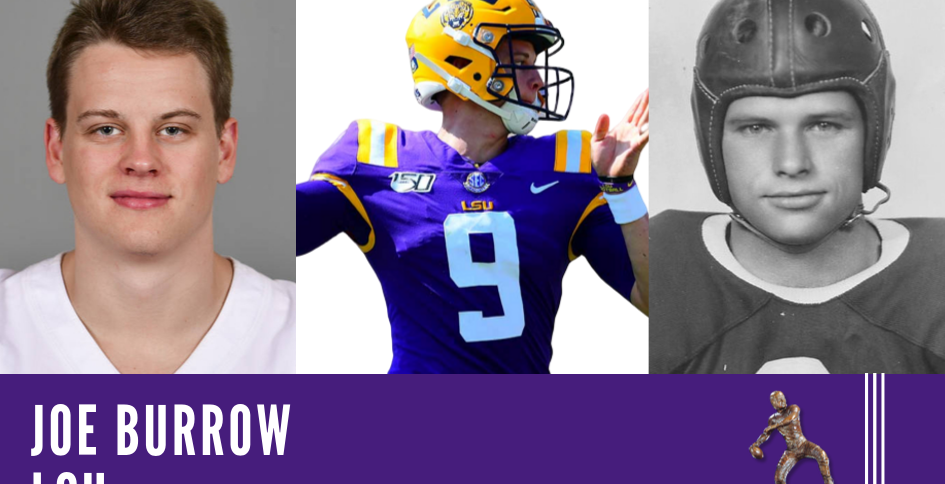 FORT WORTH, Texas (Oct. 15, 2019) – For the second time in 2019, LSU’s Joe Burrow has been voted the Davey O’Brien Foundation’s National Quarterback of the Week, the Foundation announced. Burrow also claimed the honor in Week 2.

Burrow, a native of Athens, Ohio, led the Tigers to a 42-28 victory over No. 7 Florida on Saturday. On the evening, he connected on 21 of 24 passes and threw as many touchdown passes (3) as incompletions. He completed 87.5 percent of his pass attempts, topping the 80 percent mark for the third time in six games in 2019.

In all, Burrow amassed 336 yards of offense (293 passing, 43 rushing) as the Tigers totaled 511 yards. The Florida defense entered the game allowing just 9.5 points and 276.3 yards per game. For the game, his passing efficiency rating was 231.3 and his total quarterback rating was 98.1. The victory was Burrow’s sixth ever over a top-10 team, the most by any quarterback in LSU history.

Burrow, who was also named the SEC Offensive Player of the Week for his efforts against the Gators, is the second two-time National Quarterback of the Week award winner in 2019, joining Alabama’s Tua Tagovailoa.