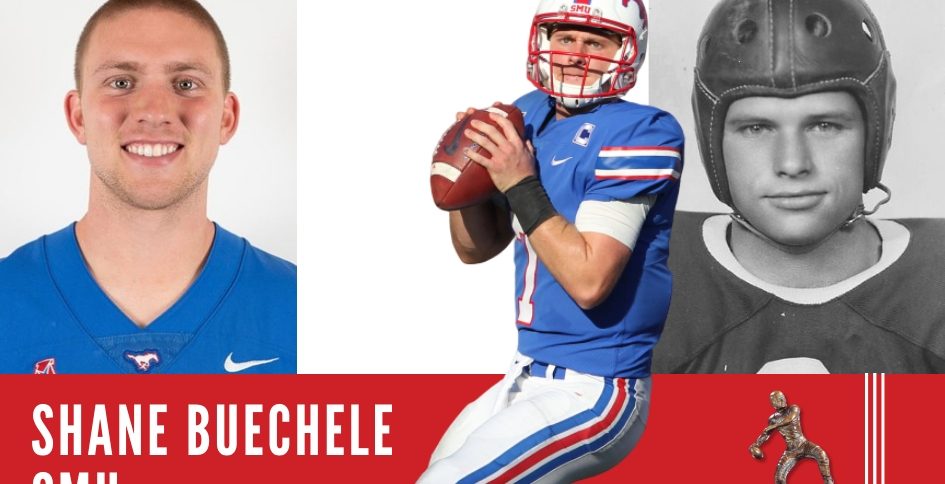 FORT WORTH, Texas (Oct. 22, 2019) – SMU junior Shane Buechele has been voted the Davey O’Brien Foundation’s National Quarterback of the Week for week eight of the college football season.

Buechele, a native of Arlington, Texas, led the Mustangs to an impressive 45-21 victory over Temple, which entered the game ranked 25th in the Coaches’ Poll. For the day, Buechele completed 30 of 53 attempts for a career-best 457 yards and a career-high and school-record six touchdown passes.

In 1938, O’Brien, who starred at quarterback for TCU, became the first player ever to win the Heisman Trophy, Maxwell Award and Walter Camp Award in the same year. He was inducted into the College Football Hall of Fame in 1955.