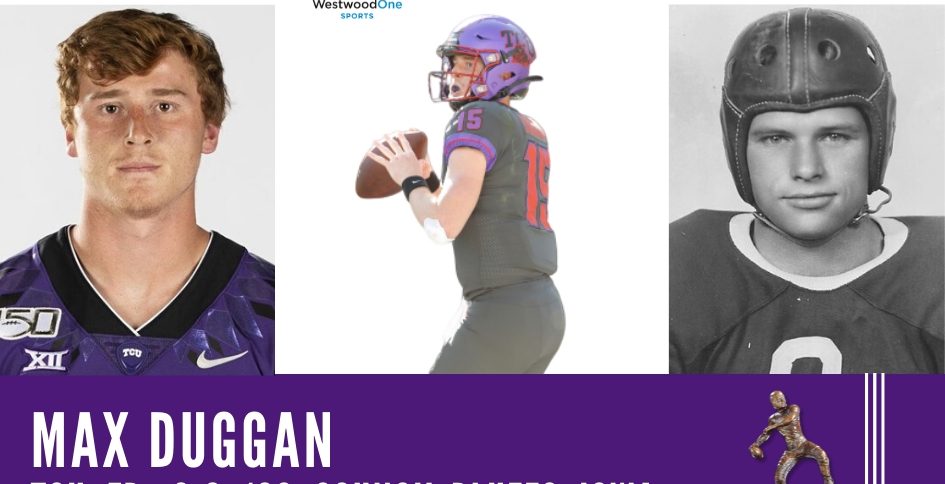 Duggan, a product of Council Bluffs, Iowa, threw for 273 yards and two touchdowns and also ran for 72 yards and a score as the Horned Frogs defeated No. 15 Texas, 37-27, on Saturday. Duggan fired a 44-yard touchdown strike that gave TCU the lead for good in the third quarter, and later iced the game with an 11-yard touchdown run with 1:59 remaining in the game.

Duggan is the second National Quarterback of the Week winner from the Big 12 Conference this season, joining Texas Tech’s Jett Duffey. This week Duggan was also named the Big 12 Newcomer of the Week.

In 1938, O’Brien, who was a star quarterback for TCU, became the first player ever to win the Heisman Trophy, Maxwell Award and Walter Camp Award in the same year. He was inducted into the College Football Hall of Fame in 1955.