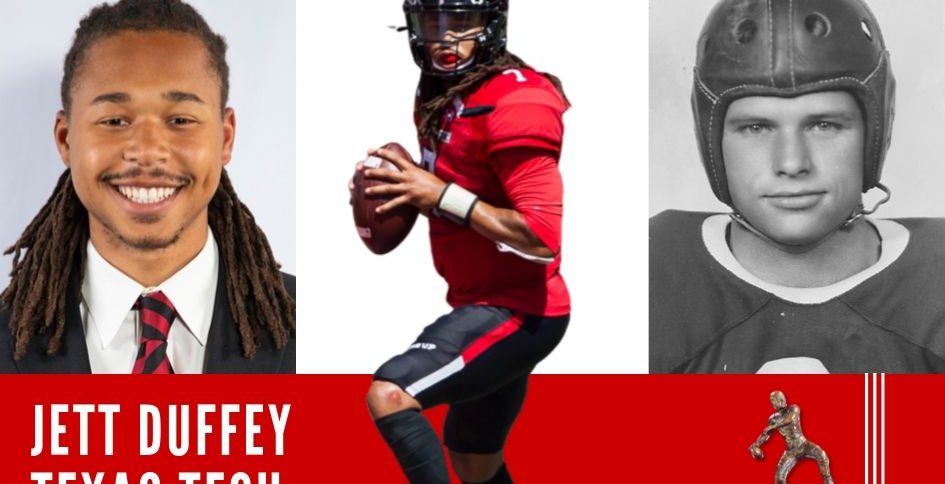 FORT WORTH, Texas (Oct. 8, 2019) – Texas Tech’s Jett Duffey has been voted the Davey O’Brien Foundation’s National Quarterback of the Week for his performance on Saturday in an upset win over Oklahoma State.

The Red Raiders defeated the 21st-ranked Cowboys, 45-35, for the team’s first victory over a ranked opponent at home since 2013. Making his first start of the season, Duffey accounted for five touchdowns (four passing, one rushing) and threw for 424 yards, the most by any quarterback in the nation in week six.

The junior from Mansfield, Texas, was making his first start of the season and the fourth of his career. In all, he completed 26 of 44 passes and topped the 400-yard plateau for the second time. Duffey, who was also named the Big 12 Conference Offensive Player of the Week, is the first National Quarterback of the Week winner from the league this season.