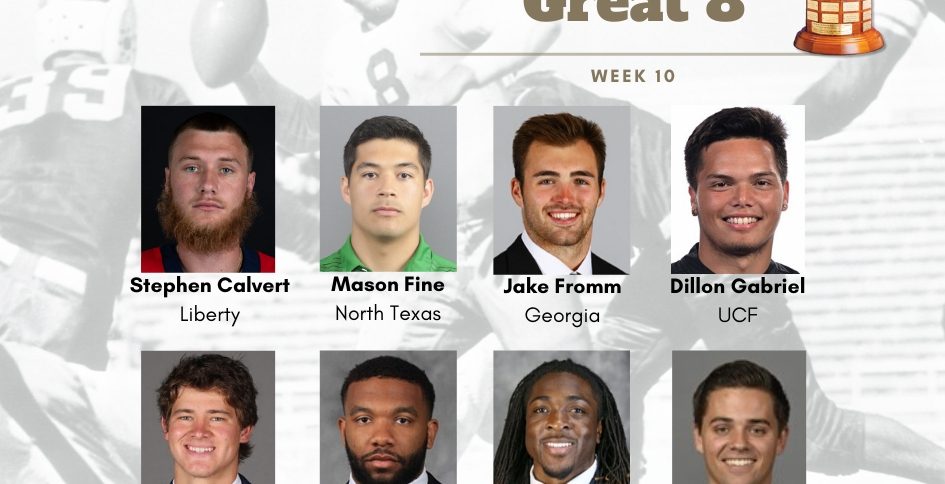 FORT WORTH, Texas (Nov. 4, 2019) – The Davey O’Brien Foundation’s “Great 8” quarterbacks have officially been announced for the 10th week of the college football season. With five first-time honorees recognized on Monday, the Foundation has now honored 49 different quarterbacks this season.

The eight honorees, as determined by voting from the award’s selection subcommittee, are: Stephen Calvert of Liberty, North Texas’ Mason Fine, Jake Fromm of Georgia, UCF’s Dillon Gabriel, Justin Herbert of Oregon, Wake Forest’s Jamie Newman, Bryce Perkins of Virginia and Memphis’ Brady White. The winner of the Davey O’Brien National Quarterback of the Week Award will be announced Tuesday.