FORT WORTH, Texas (Jan. 10, 2020) – The Davey O’Brien Foundation has announced that Steve Bartkowski will receive the 2019 Davey O’Brien Legends Award, which recognizes a college or professional quarterback who has made a significant contribution to the game of football, distinguished himself as an extraordinary leader and demonstrated exemplary conduct both on and off the football field.

Bartkowski was the No. 1 overall draft pick in the 1975 National Football League Draft by the Atlanta Falcons. The 6-foot-4 quarterback played 12 seasons in the NFL, including his first 11 with the Falcons. He closed his career in 1986 with the Los Angeles Rams.

Bartkowski earned NFL Offensive Rookie of the Year honors from Pro Football Weekly/Pro Football Writers of America in 1975. He also was a two-time Pro Bowl selection, earning the distinction in 1980 and 1981. In 1980, Bartkowski led the NFL in touchdown passes with a career-high 31, while he topped the league in passer rating (97.6) in 1983 and in completion percentage (67.3) in 1984.

For his professional career, Bartkowski totaled 24,124 passing yards and 167 touchdowns (156 passing). He led Atlanta to its first-ever playoff appearance and playoff win in 1978. His Falcons also reached the postseason in 1980 and 1982.

He is a member of the Atlanta Falcons Ring of Honor (2004) and is one of four Falcons to have his jersey (No. 10) retired. Bartkowski ranks second in franchise history in career passing yards (23,470), passing touchdowns (154) and victories (55).

Bartkowski played collegiately at the University of California, Berkeley, where he was a three-year starter for the Golden Bears. He was a consensus All-American in 1974 after leading the nation in passing yards (2,580) and throwing 12 touchdown passes. He finished 10th in Heisman Trophy voting his senior season and was inducted into the College Football Hall of Fame in 2012.

He also was an All-American first baseman for the Golden Bears baseball team. Bartkowski was a star football, baseball and basketball player at Santa Clara (Calif.) Buchser High School. He was born Nov. 12, 1952, in Des Moines, Iowa. He and his wife, Sandee, have two sons.

After his retirement from the game, he was the creator and host of outdoor television shows Suzuki’s Great Outdoors on ESPN & Bass Pro Shops Backroad Adventures. He also has worked for DPR Construction, specializing in business development, and the Ruby Drake Lodge. Outside of his NFL career, Bartkowski has served on the Boards of Directors of several charitable organizations, and previously served as a member of the Board of Advisors for the Atlanta Falcons. 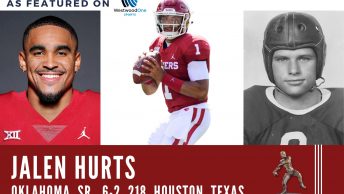