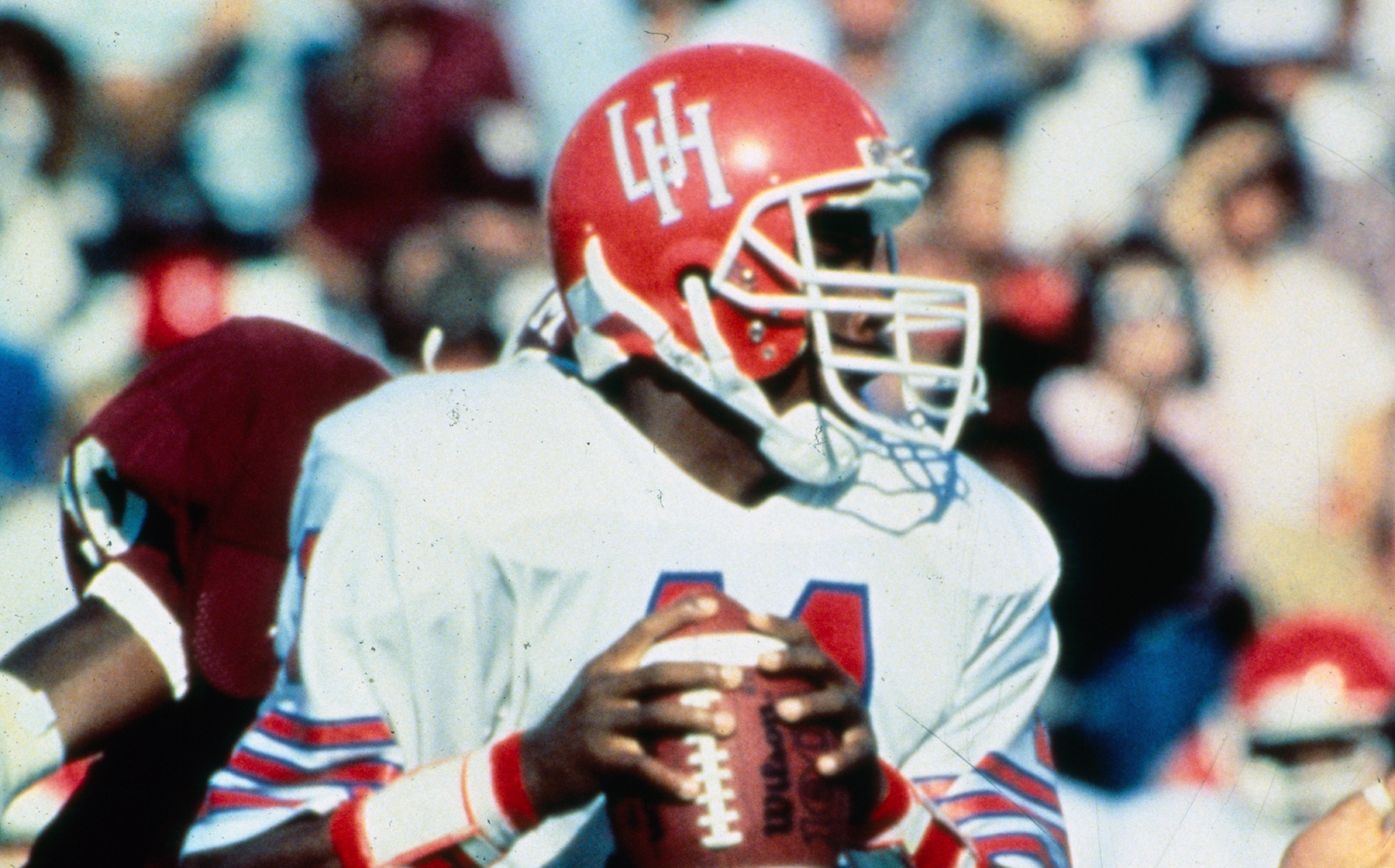 Andre Ware shattered 26 NCAA and 15 Southwest Conference passing and total offense records while at Houston. He finished the 1989 season with 4,299 passing yards and 46 touchdowns. In addition to winning the Davey O’Brien Award, Ware also won the Heisman Memorial Trophy, surpassing the statistics of the 14 previous winners by the eighth game of the season.