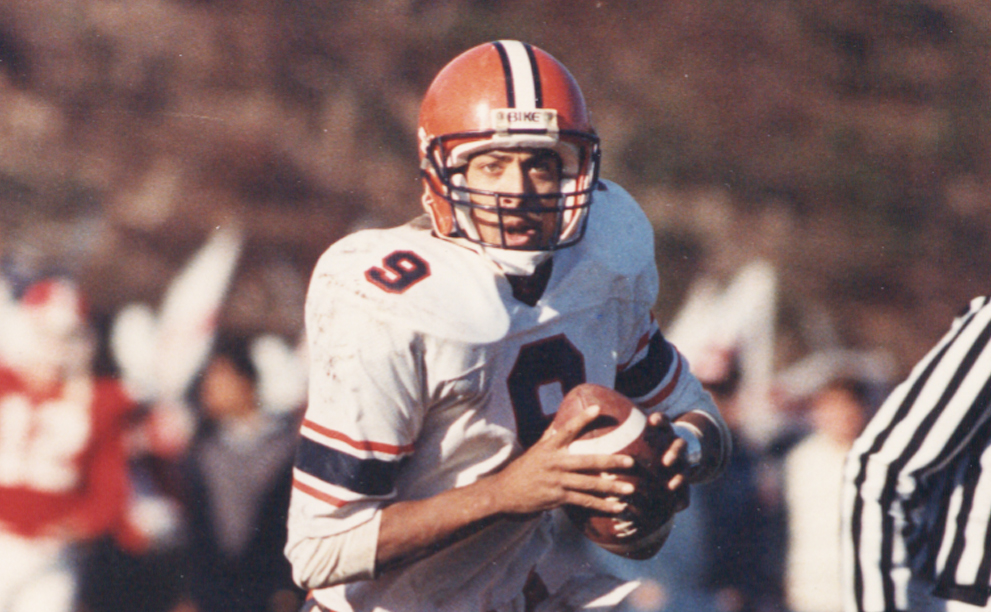 Don McPherson led his team to an undefeated season his senior year at Syracuse, took home MVP honors in the Sugar Bowl and compiled 22 records en route to the Davey O’Brien Award and the Maxwell Award. He passed for 2,481 yards and 23 touchdowns and was the runner up in the 1987 Heisman Trophy voting.

McPherson was drafted by the Philadelphia Eagles in the sixth round of the 1988 NFL Draft and went on to enjoy a seven-year professional career in both the National Football League and Canadian Football League. McPherson was inducted into the College Football Hall of Fame in 2008. In 2013, Syracuse University retired his No. 9 jersey.