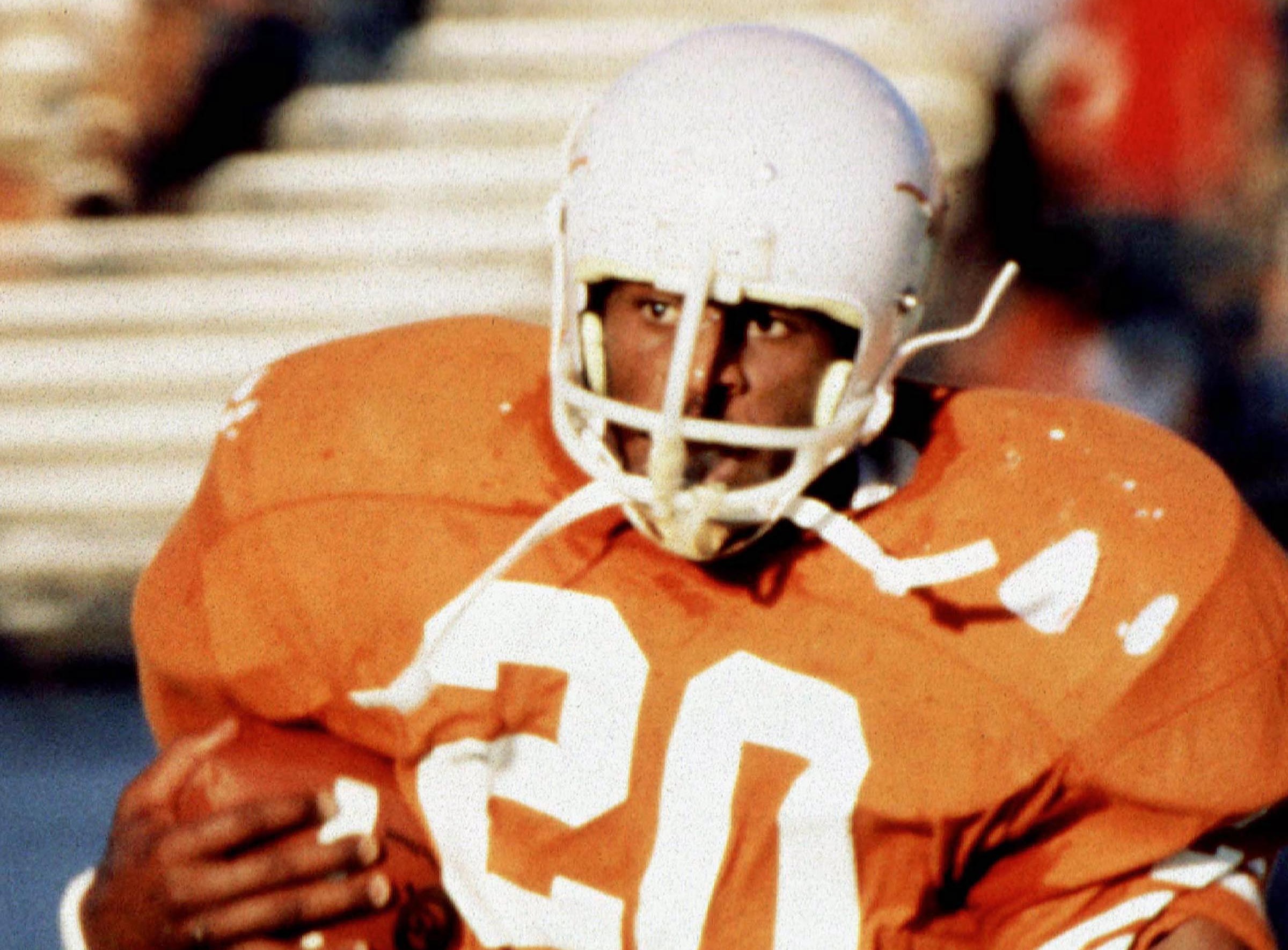 Texas running back Earl Campbell was the inaugural recipient of the Davey O’Brien Memorial Trophy as the top player in the Southwest and is one of the most notable running backs ever to play college football. Nicknamed “The Tyler Rose,” Campbell rushed for 4,444 yards while at Texas, was a four-time All-Southwest Conference running back and received the 1977 Heisman Memorial Trophy.

Campbell was selected by the Houston Oilers as the No. 1 pick in the 1978 NFL draft. After breaking the single season rushing record for a rookie, Campbell was voted NFL Rookie of the Year and Offensive Player of the Year. He led the league in rushing each of his first three seasons (1978-80) and was named NFL Most Valuable Player each season. Campbell was a five-time Pro Bowl selection during an eight-year career.