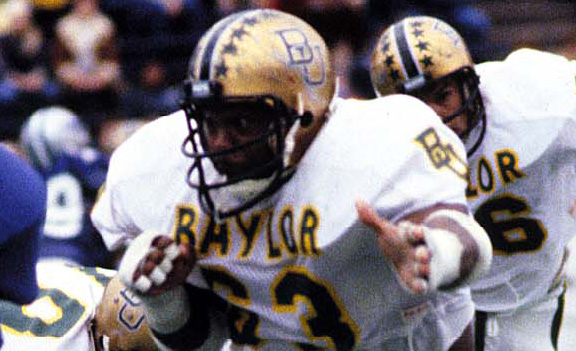 Baylor linebacker Mike Singletary was the lone two-time winner of the Davey O’Brien Memorial Trophy, claiming the honor as the best player in the Southwest as a junior and senior. He also earned All-America honors in both 1979 (188 tackles) and in 1980 (145 tackles). He finished his career with a school-record 662 total stops.

Singletary was selected in the second round of the 1981 NFL draft by the Chicago Bears. In 1985, he earned NFL Defensive Player of the Year honors and led the Bears to a 15-1 regular-season record and the Super Bowl XX title. Singletary played in a team-record 10 Pro Bowls, was named All-Pro eight times and was an All-NFC selection every year from 1983 to 1991.