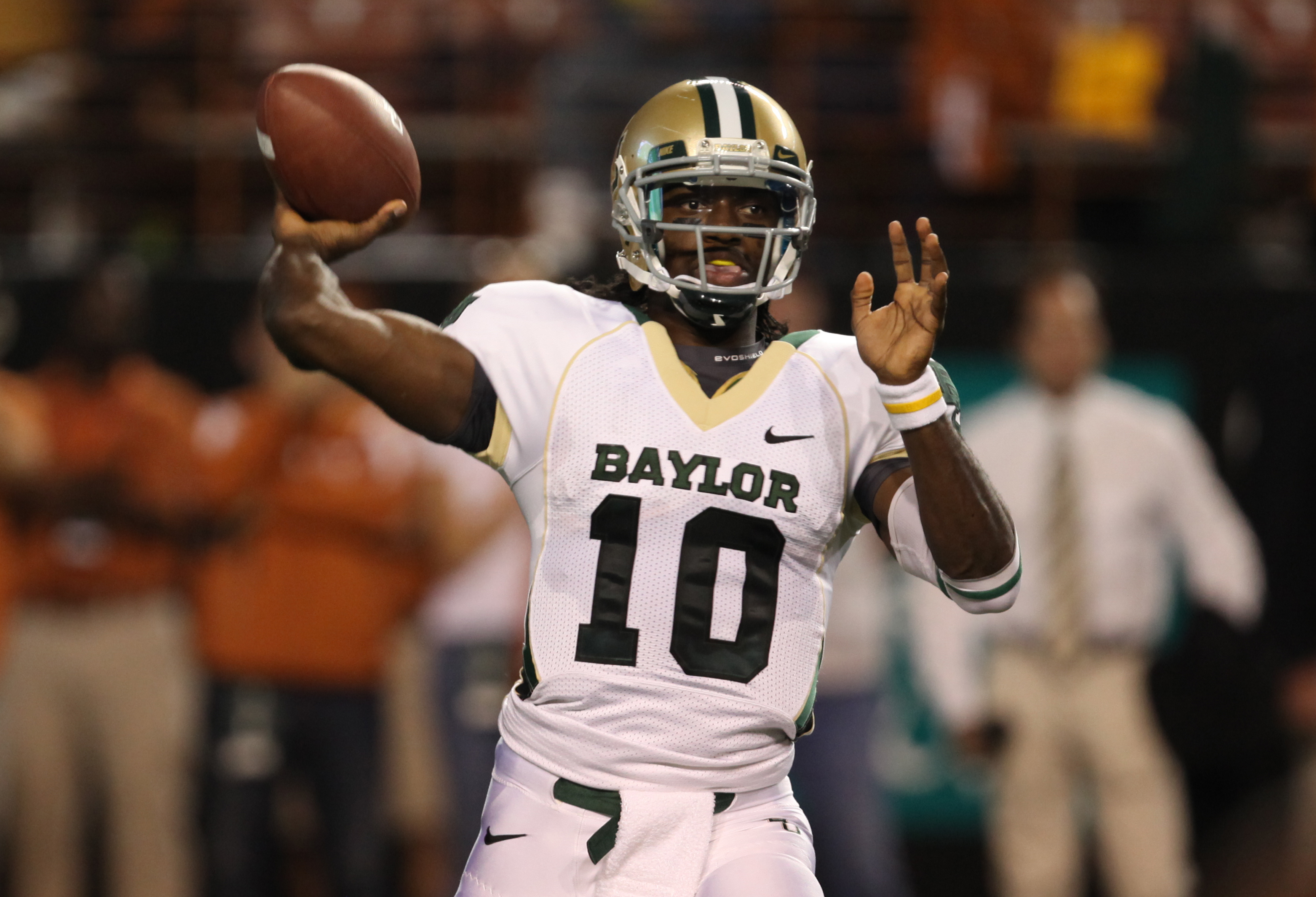 Robert Griffin III of Baylor was awarded the Heisman Trophy and was tabbed Player of the Year by The Associated Press (AP), Sporting News and Yahoo!/Rivals.com in addition to taking home the Davey O’Brien Award in 2011. The Capital One Academic All-American was also named first-team All-America by The AP, Sporting News, CBSSports.com, SI.com, Yahoo!/Rivals.com, Phil Steele, FoxSportsNext.com and Football Writers Association of America.

The junior had a record-setting season, amassing a school-record 4,293 passing yards and 47 touchdowns, with only six interceptions on the season. He ranked second in the nation in passing efficiency, total offense and points responsible for. Additionally, Griffin became the third player in Football Bowl Subdivision (FBS) history with more than 10,000 career passing yards (10,366) and 2,000 career rushing yards (2,254).

He was selected by the Washington Redskins with the second pick in the first round of the 2012 NFL Draft. Griffin was named the NFL Offensive Rookie of the Year in 2012.