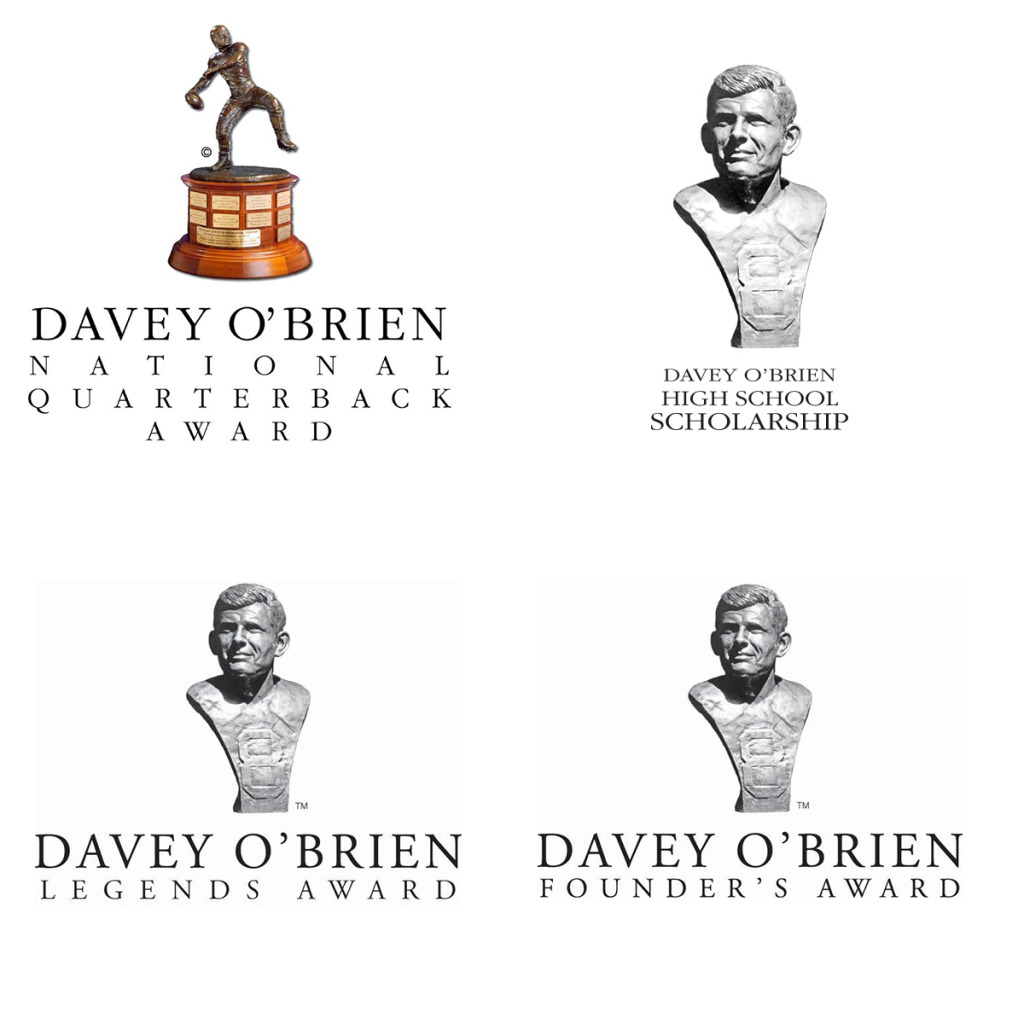 Since 1986, the Davey O’Brien High School Scholarship has provided nearly $600,000 to outstanding high school senior student-athletes in the Dallas/Fort Worth Metroplex. Recipients are chosen on the basis of character, community service, leadership, scholarship and varsity sports participation. The recipient receives a $30,000 scholarship, while the four finalists receive $2,500 scholarships each.

The Davey O’Brien Legends Award was established in 2001 to commemorate the 25th anniversary of the Foundation and to pay tribute to Davey O’Brien. The Legends Award recognizes a college or professional quarterback who has made a significant contribution to the game of football, distinguished himself as an extraordinary leader, and demonstrated exemplary conduct on and off the football field.