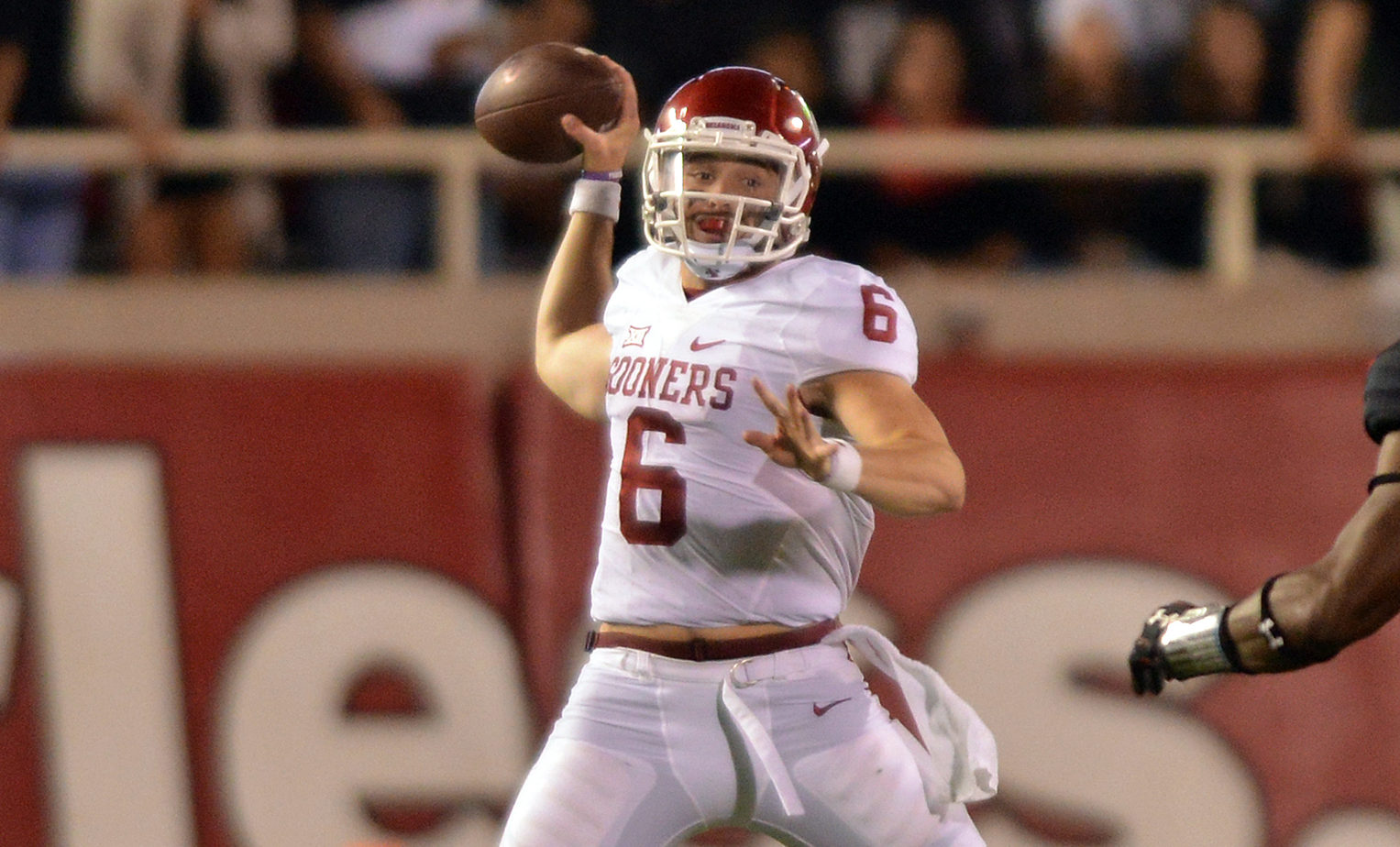 Oklahoma’s Baker Mayfield became the third Sooner player ever to claim the nation’s oldest and most prestigious quarterback trophy, joining Jason White (2003-04) and Sam Bradford (2008). The Austin, Texas, product is the eighth quarterback winner to star as a prep in O’Brien’s home state of Texas.

In 2017, the senior threw for more than 300 yards eight times, including a school record total of 598 against Oklahoma State. Mayfield also had at least three touchdown strikes in 10 games, including a season-best five against the instate rival Cowboys.

The Big 12 champion Sooners finished with a 12-2 record and earned a berth in the College Football Playoff. In the Big 12 Championship Game against TCU, Mayfield completed 15-of-23 passes for 243 yards, four touchdowns and no interceptions. He also added 65 yards rushing on just six carries, and was named the game’s Most Outstanding Player.