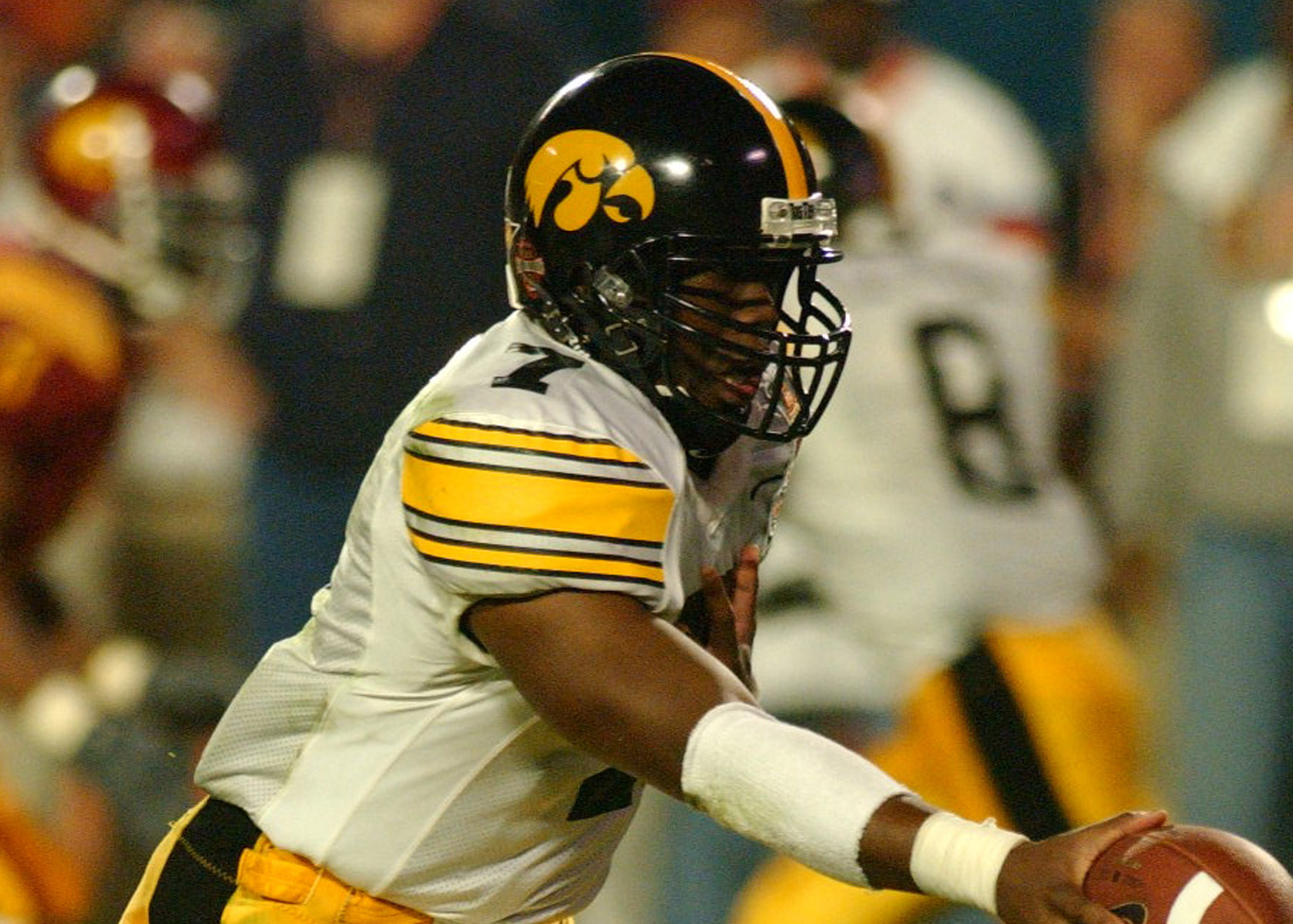 As a first-year starter, Brad Banks led the Iowa Hawkeyes to an 11-1 record and the Co-Big Ten Conference title. He completed 170 of 294 passes for 2,573 yards and led the nation in passing efficiency with a 157.1 rating. He had 26 touchdown passes and threw just five interceptions. He also rushed for 435 yards and five touchdowns.

After leaving the Hawkeyes, Banks signed with the Washington Redskins in 2003. He went on to play for the Ottawa Renegades, Winnipeg Blue Bombers and Montreal Alouettes in the Canadian Football League as well as the Arena League’s Iowa Barnstormers.