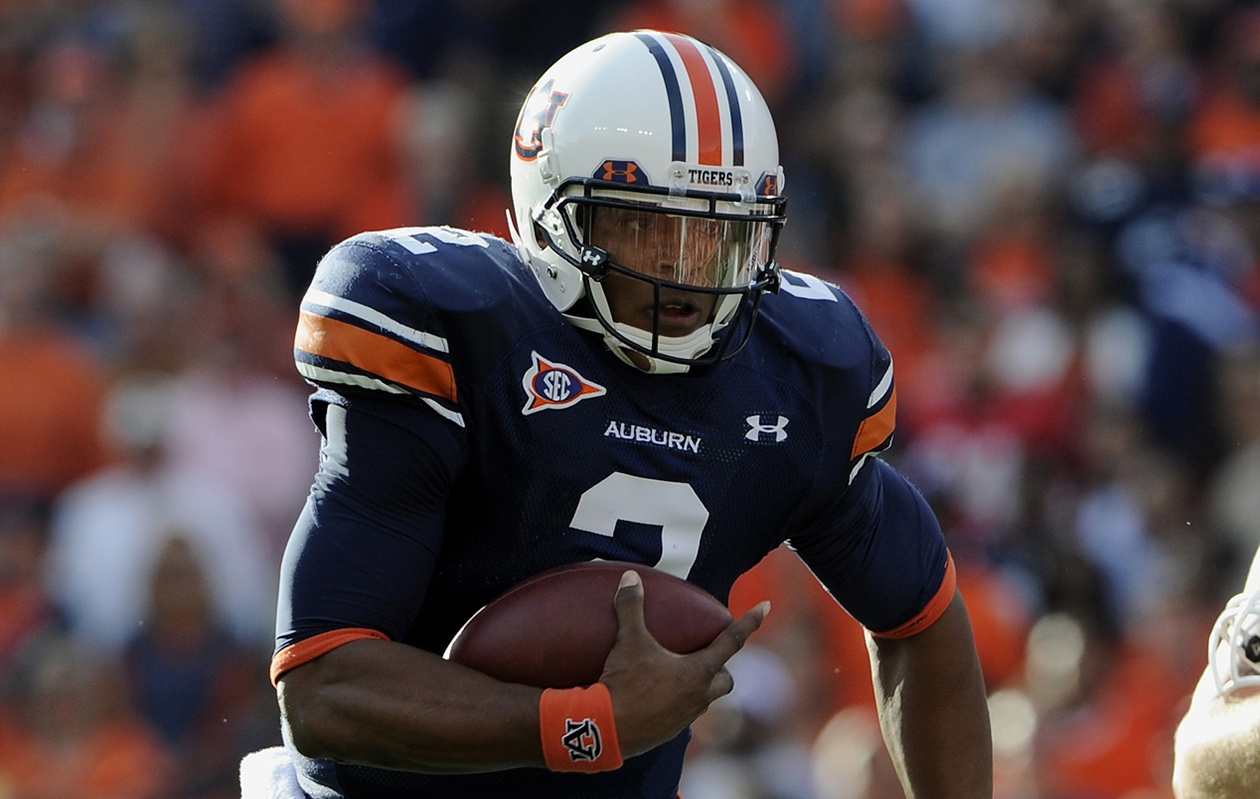 During the 2010 season, Cam Newton led the Auburn Tigers to a 13-0 record and the 2010 National Championship Title. In addition to the Davey O’Brien National Quarterback Award, Newton won the Heisman Trophy, Maxwell Award and Walter Camp Player of the Year Award. The Associated Press (AP) and Sports Illustrated first-team All-American was also named Offensive Player of the Year by the AP and Scout.com.

The junior from College Park, Ga. continuously demonstrated his versatility and athleticism throughout the season, dominating opponents with his speed and accuracy. Newton amassed 4,327 yards of total offense and 50 touchdowns, becoming the second player in NCAA Football Bowl Subdivision (FBS) history to total at least 20 rushing and 20 passing touchdowns in a single season.

Newton finished the 2010 campaign ranked first in the nation in total points responsible for (21.84 per game) and second in passing efficiency with a rating of 182.05. He also led the Southeastern Conference (SEC) in rushing (105.21 yards) and total offense (309.07 yards), and became the first player in SEC history and the eighth different player in NCAA history to pass for over 2,000 yards and rush for over 1,000 yards in a single season. Newton currently plays for the Carolina Panthers.