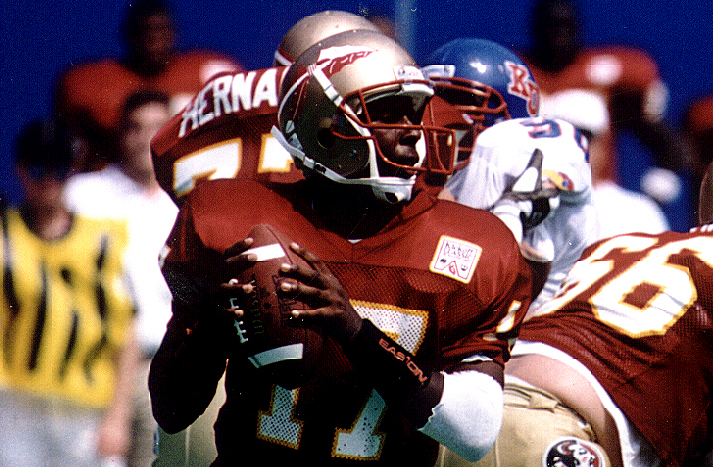 In 1993, Charlie Ward led Florida State to the school’s first-ever National Championship. He threw for 3,318 yards and 27 touchdowns while completing nearly 70 percent of his passes. He also rushed for 339 yards and four scores. In addition to winning the Davey O’Brien Award, Ward was also the recipient of the Heisman Memorial Trophy and the Maxwell Award.

A two-sport college athlete, Ward also was a three-year starter for the Seminoles’ basketball team. He was selected in the first round of the 1994 NBA Draft by the New York Knicks and spent 11 seasons in the league, totaling 639 career 3-pointers and 776 steals.

Also in 1993, Charlie Ward won the James E. Sullivan Award from the Amateur Athletic Union (AAU) as the most outstanding amateur athlete in the United States. He was inducted into the College Football Hall of Fame in 2006.